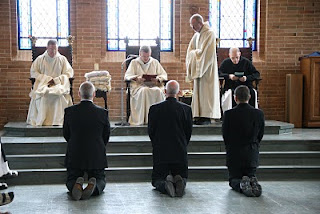 On Sunday, 5 December 2010 three postulants began their two year novitiate. The community gathered in prayer in the Abbey Chapterhouse as they were clothed in the novice's habit by our Abbot Fr. Damian. 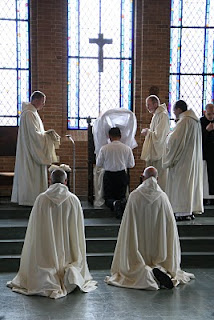 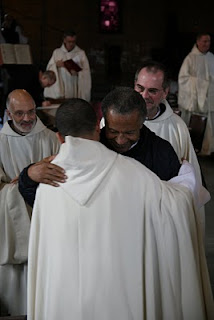 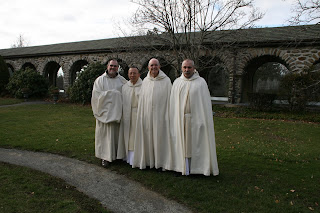 Fr. Luke our Novicemaster poses in the Abbey garth after the ceremony with our new novices: Br. John Kim of Korea, Fr. Paulinus O'Brien of the Diocese of Worcester and Br. Timothy Mulvey from Hyde Park. May God grant them the grace of perseverance