This is the second in a series, introducing individual monks of our monastery. 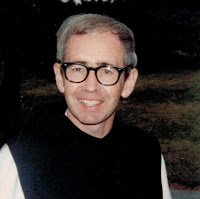 Jesus spoke to them again, saying, “I am the light of the world. Whoever follows me will not walk in darkness, but will have the light of life.”

Father Aquinas entered the monastery in 1959 when vocations were numerous and religious life was flourishing. Through the years he has held many important positions in the community including prior, subprior, dean of the junior professed, vocation director, and submaster of novices. He currently serves as the Abbey's guestmaster, a post well-suited to his very warm and engaging personality. Aquinas describes himself as a "jack of all trades" and like many of the monks, he has served in many other jobs- as jelly factory worker, carpenter, librarian, laundry manager and clerk in the Abbey gift shop.

Father Aquinas will say that any "success" in the monastic life is the result of "flexibility, a good sense of humor, non-judgmental relationships and steadfast perseverance in the vows of religion." Formed by the Word of God and following the Rule of Saint Benedict, the monk is led to "the Author of Creation in the Beatific Vision." 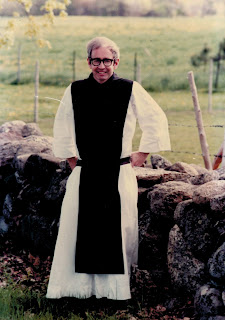