The Mission of Jesus 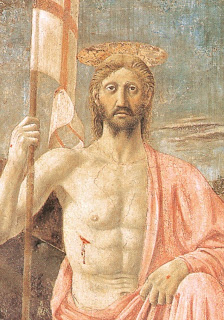 “When the days for his being taken up were fulfilled, he set his face to go to Jerusalem.” For Jesus, this is not merely some self-determined project, not the pursuit of some personal ideal. Jesus sets his face to go Jerusalem because he is responding to the call of his Father. He goes because it belongs to his mission to do so. He has wholly interiorized this mission; it engages all his faculties and powers. It is an act of dependence on and submission to the Father.  We see here his astonishing freedom.

His decision to go to Jerusalem is striking because we know his journey will not be an easy one. The Greek word translated here as “being taken up” is literally “ascension”; which evokes his ultimate return to the Father, but also the whole Paschal Mystery, his being lifted up on the Cross, his death and resurrection.

At the ground of all of this is love; eternal, divine love; the ever new mutual exchange of love between the Father, Son and Holy Spirit that has not been kept for itself but has been poured out on creation and is now made visible in the mystery of the Incarnation. Jesus has set his face to go to Jerusalem because before his face he always has the face of the Father. It is the Father whom Jesus loves that draws him in love irresistibly, even inexorably forward. It is only in him that Jesus finds his rest. The procession of the Son from the Father becomes mission and looks like this: total self-gift in the form of obedient service. Everything else is relativized.