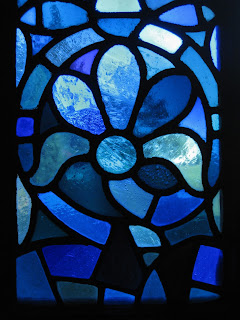 God asks us to entrust ourselves to his word. Faith understands that something apparently so ephemeral and fleeting as a word, when spoken by the God who is fidelity, becomes absolutely certain and unshakable, guaranteeing the continuity of our journey through history. Faith accepts this word as a solid rock upon which we can build, a straight highway on which we can travel.

It is in Jesus that there appears “the complete manifestation of God’s reliability…the supreme manifestation of his love for us” which finds its clearest proof in Christ’s dying for our sake. “It is precisely in contemplating Jesus’ death (in the light of the resurrection) that faith grows stronger and receives a dazzling light.” It is this love, which in order to show its depth does not recoil from death but embraces it, that enables us to entrust ourselves to him completely. Indeed surrender to the light of faith unites us to Jesus. “Faith does not merely gaze at Jesus, but sees things as Jesus himself sees them, with his own eyes; it is a participation in his way of seeing.”


Photograph of Abbey windows by Brother Daniel. Reflections on Lumen Fidei, the encyclical letter of Pope Francis by Father Timothy.
Posted by The Monks at 11:25 AM