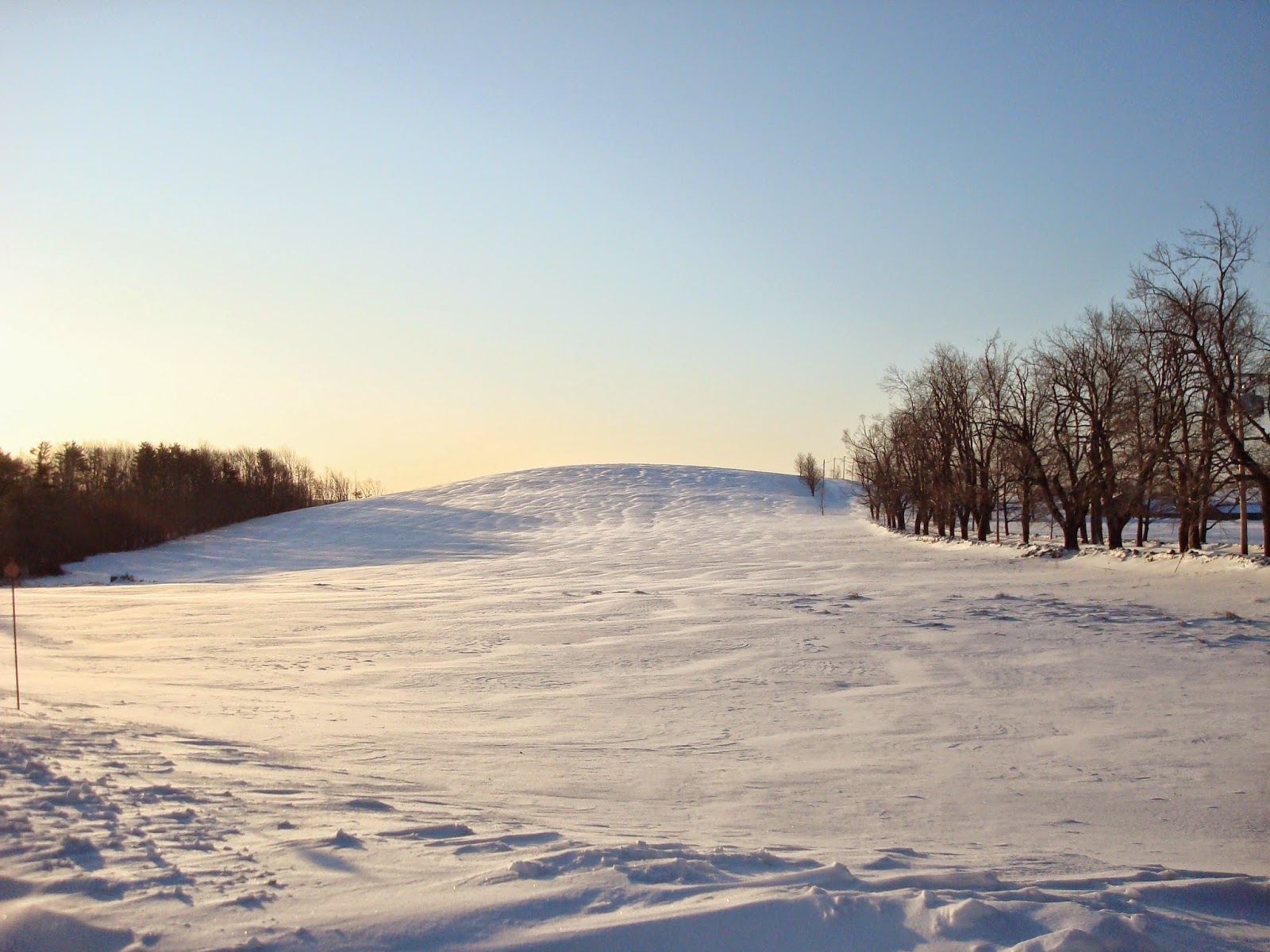 During his 40 days in the wilderness among wild animals and angels, Jesus shows his solidarity with us by being the one who, par excellence, holds together these contrary realities. “He was with the wild beasts, and the angels were serving him.” We notice that in Mark’s account, the two relationships coexist. Perhaps we have here an enigmatic summary of the human condition—we are simultaneously beastly and angelic, never just the one or the other, and so we experience (especially during Lent) a wavering inconstancy. With renewed spiritual determination at the beginning of Lent, we nevertheless soon find ourselves in a wilderness of temptation and weakness. This can be perplexing, even discouraging. But the Good News is that this is exactly where Christ meets us, in solidarity with our fallen humanity. Jesus himself was not immune from the inconstancy of human nature. He was with “wild beasts” and “angels.” He explored the dizzying weakness of human beings, experienced it in body and soul, not only in the desert after his Baptism, but right to the end of his life in Gethsemani and on the cross, in order to become a high priest who understands and empathizes and is capable of curing our inconstancy. As the Letter to the Hebrews tells us: “He was tempted in all things like us, but did not sin.” The condition was the same as ours, the struggle was similar; only the outcome was different.

Perhaps the unexpected grace for us this Lent is that we, too, will be driven by the Spirit with Jesus into the desert, and during these 40 days find ourselves with both “wild beasts” and “angels” for companions. It is a season of temptation, and this should not surprise us. Probably not dramatic temptations: true to his name, Satan will probably accuse us more than seduce us. (We all know that a little accusation goes a long way in undoing us.) But let us not lose heart in the struggle, which at times will shake us to our core. Rather, let us stay at the Lord’s side, who is ever at our side, and embrace with him our lives of weakness, and gratefully accept the bread of life that he alone provides. We can have confidence and do this, because it was precisely “clothed in our weakness” that Jesus went out to meet the temptations in the wilderness, the same temptations that also tear up our hearts and strive to seduce them with false promises. But because the power of God was to grow to its full point of development in his human weakness, Jesus opened a road by which each and every one of us can follow him through our own trials and inconstancy. From here on, every temptation and every human weakness will be accompanied not just by “wild beasts” and “angels” but by the power of Jesus. We will all fall flat on our faces along the way, but such moment now bears within itself the grace of the Lord Jesus. We have only to continue believing in him, as Anthony of the Desert tells us, calling on his name without ceasing, and allowing ourselves to be mysteriously formed and led by the gentleness of his Spirit.
Photograph by Brother Anthony Khan. Reflection by Father Dominic 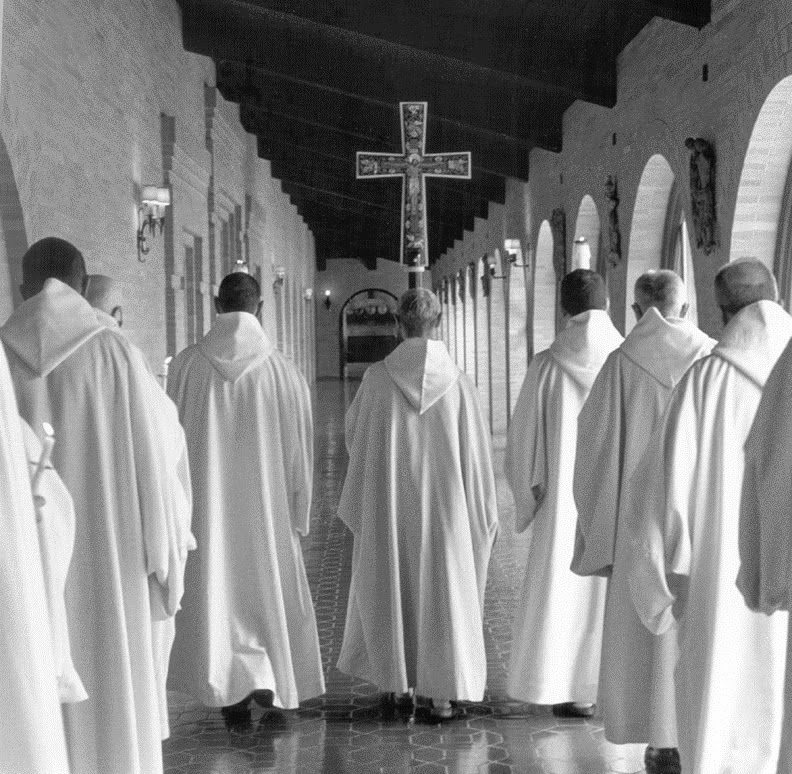 The disciples of John approached Jesus and said,“Why do we and the Pharisees fast much,but your disciples do not fast?”Jesus answered them, “Can the wedding guests mournas long as the bridegroom is with them?The days will come when the bridegroom is taken away from them,and then they will fast.”

In today's Gospel Jesus describes himself as bridegroom. As Church, as community, as individual souls we are Christ's bride, called to union with him. All of our Lenten observances are reminders that he whom we love, he who desires to give himself to us, has been pushed aside, far away from our world in many ways because of our violence, hatred and unkindness. Our Lenten fast is our resolve to fill our minds and hearts with desire that his kingdom come.
Posted by The Monks at 7:41 AM 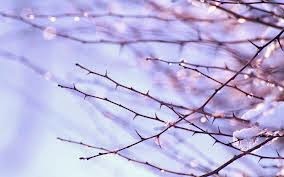 As we begin the season of Lent, we recall that God’s constant, loving yearning is to give us life. God is determined to forgive us and welcome us back, no matter what we have done or how we have failed.

Pope Benedict XVI will refer to the ‘law of excess or superfluity’ that runs through the whole of salvation history, finding its clearest expression in Jesus. The Pope emeritus sees this law as “the righteousness of God, which goes far beyond what need be, which does not calculate, which really overflows.” God’s greater love infinitely surpasses the failing efforts of human beings. God refuses to let us go.

This is the real source and ground for all our Lenten observances. God’s grace does not wait upon my change of heart. It is only the grace of God that turns my heart around. It is the mercy of God who loves me, that draws me to plead for his pardon and to trust his forgiveness. In a way our Lenten pleadings for God’s mercy, in whatever form they take (prayer, fasting, almsgiving), are really a response on our part; an echo reverberating God’s plea for us “to return to him with all our heart.”

Reflection by Abbot Damian.
Posted by The Monks at 11:39 AM 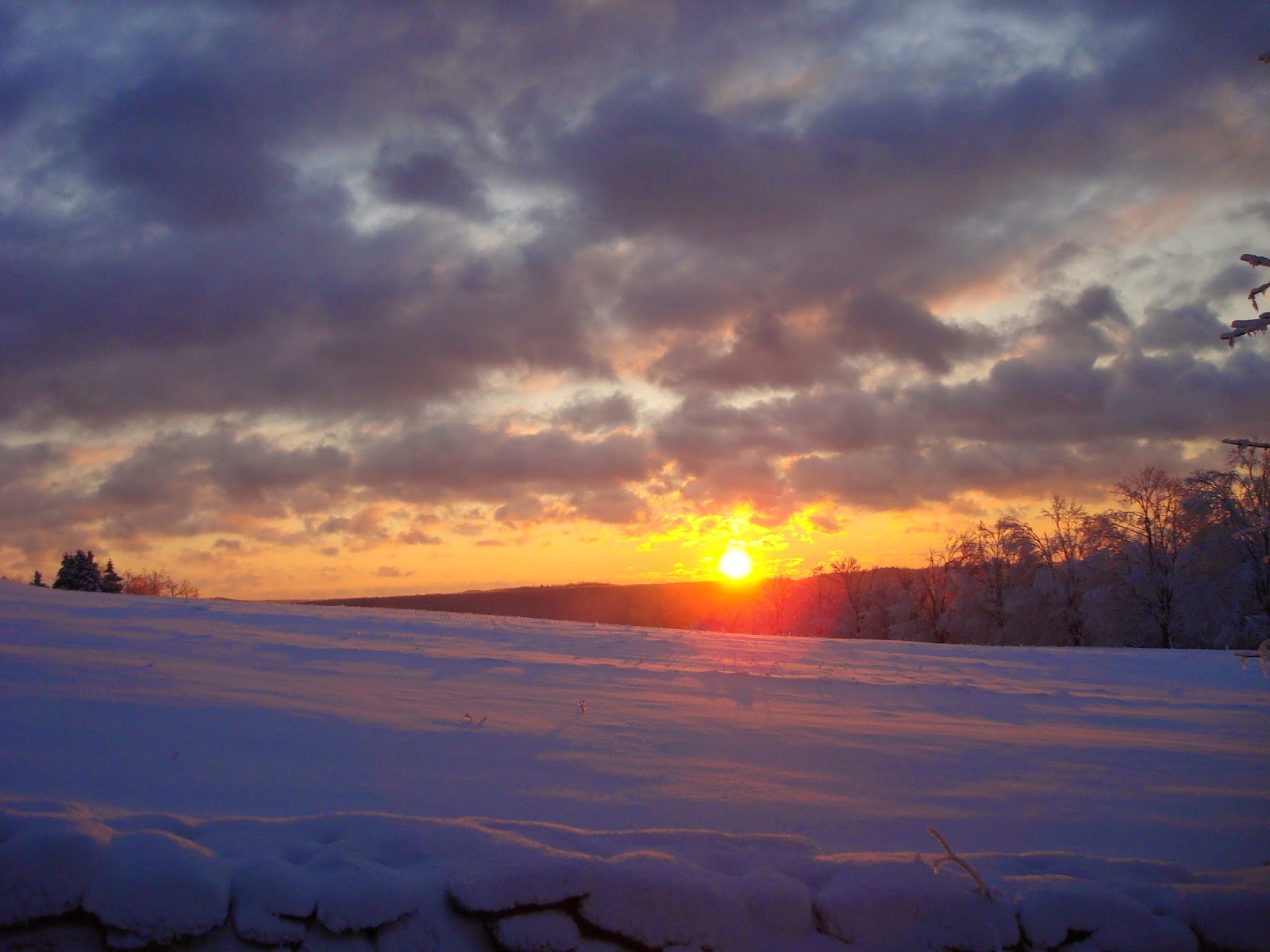 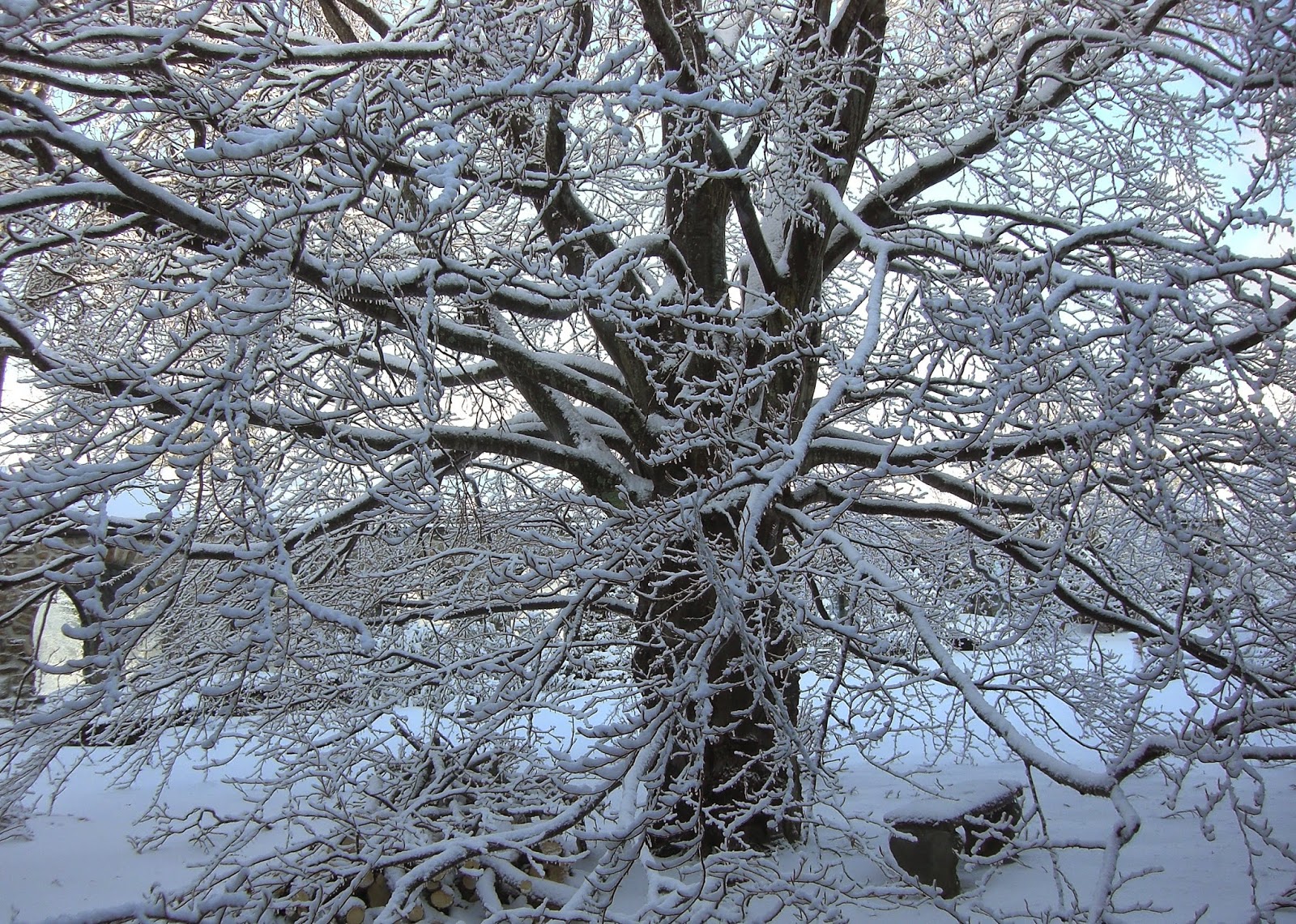 Rising very early before dawn, he left and went off to a deserted place, where he prayed.Simon and those who were with him pursued himand on finding him said, “Everyone is looking for you.” Mk 1. 35-37

Because Jesus is at the heart of all our desiring, we believe that truly everyone is looking for him, whether they realize it or not. And we pray that we will not be distracted by anything less than him.


Photograph by Brother Anthony Kahn.
Posted by The Monks at 6:30 AM 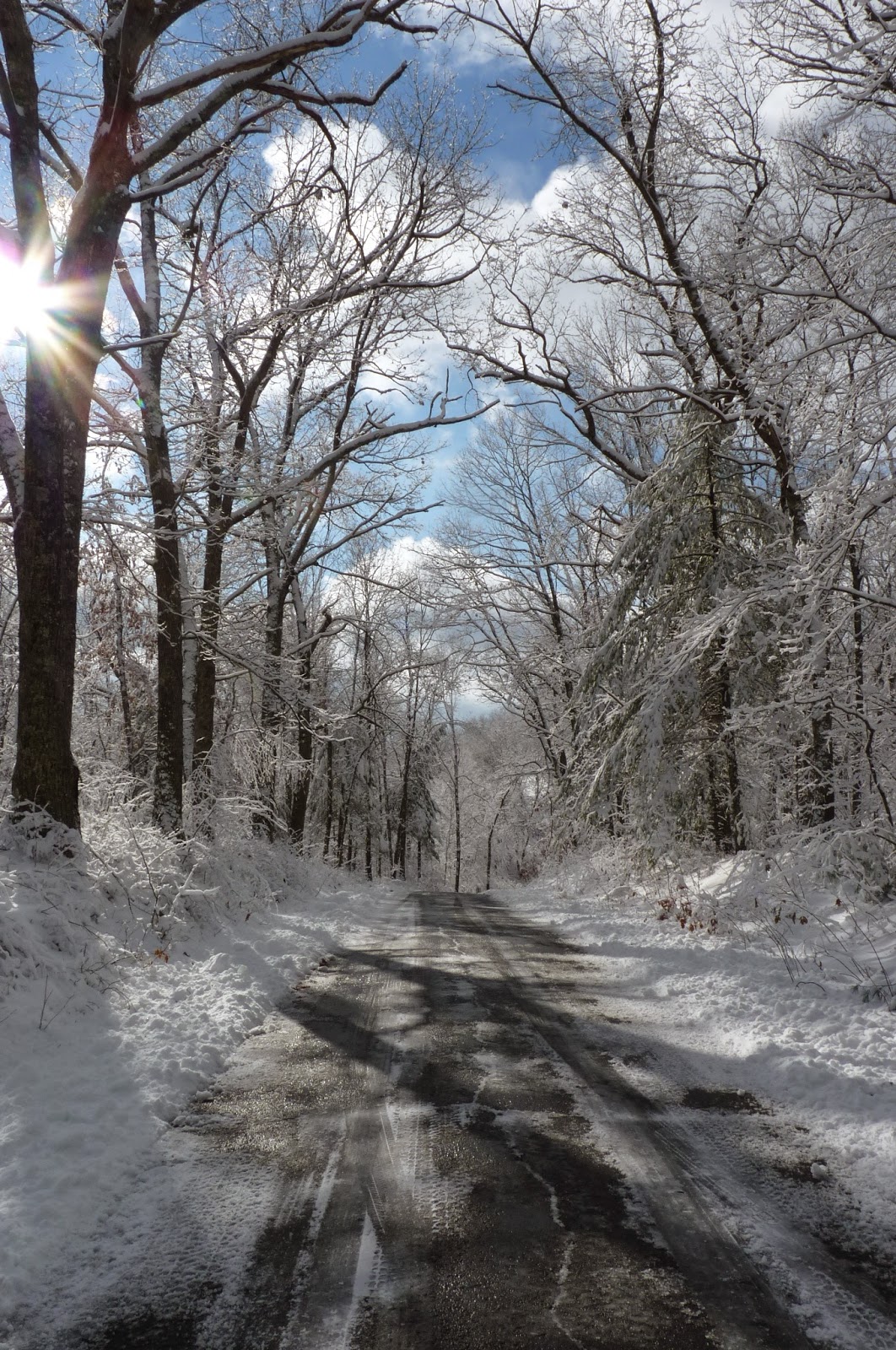 Snow upon snow, falling day after day. We pray, we notice the beauty, and we dream of spring. And today we celebrate the virgin martyr Agatha. Because  she promised her whole self, body and spirit, to Christ, she lost her life and now reigns with her heavenly Bridegroom forever. With Agatha we await our heavenly inheritance. 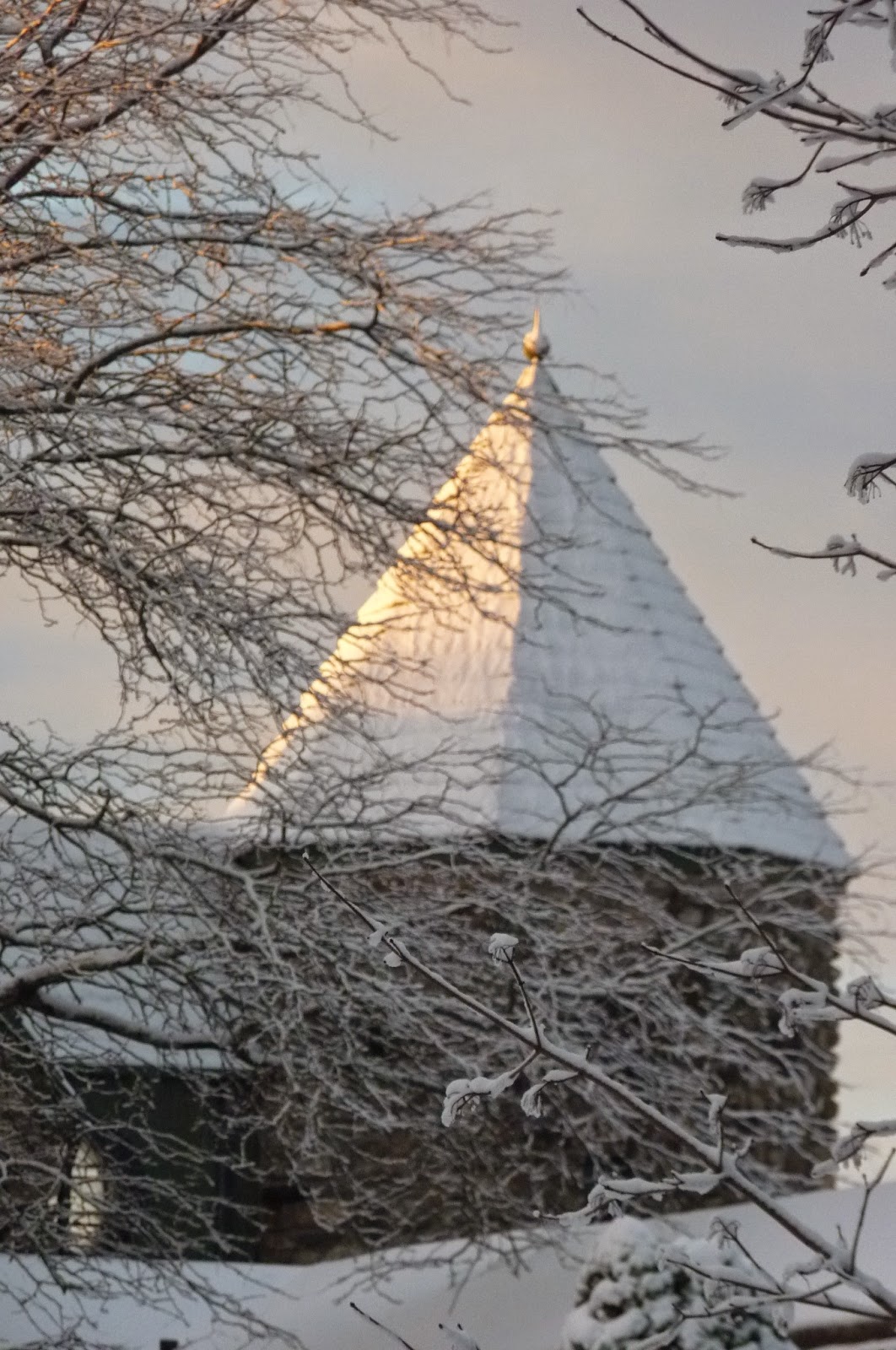 Photographs by Brother Casimir.
Posted by The Monks at 3:53 PM

The Presentation of the Child Jesus in the Temple 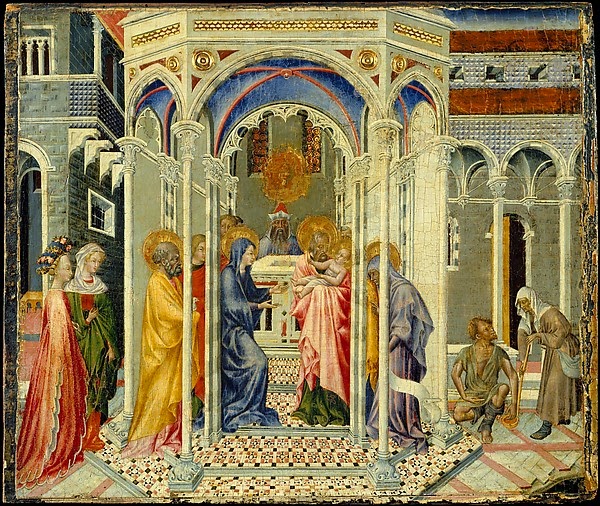 Mary and Joseph brought the child Jesus into the temple, and the glory of the Lord filled the temple.

The Mother of God, the most pure Virgin, carried the true light in her arms and brought him to those who lay in darkness. We too should carry a light for all to see and reflect the radiance of the true light as we hasten to meet him. The light has come and has shone upon a world enveloped in shadows; the Dayspring from on high has visited us and given light to those who lived in darkness. This, then, is our feast, and we join in procession with lighted candles to reveal the light that has shone upon us and the glory that is yet to come to us through him. So let us hasten all together to meet our God.


Let all of us, my brethren, be enlightened and made radiant by this light. Let all of us share in its splendor, and be so filled with it that no one remains in the darkness. Let us be shining ourselves as we go together to meet and to receive with the aged Simeon the light whose brilliance is eternal. Rejoicing with Simeon, let us sing a hymn of thanksgiving to God, the Father of the light, who sent the true light to dispel the darkness and to give us all a share in his splendor.

The Presentation of Christ in the Temple, Giovanni di Paolo, Siena 1398–1482, c. 1435, tempera and gold on wood, The Metropolitan Museum of Art. Used with permission.
Meditation by Saint Sophronius.
Posted by The Monks at 8:47 AM