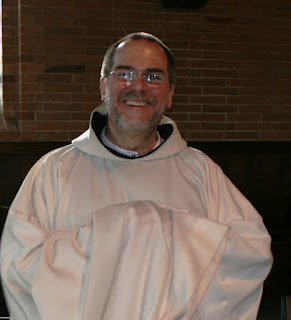 In 1997 Blessed John Paul declared Saint Thérèse of Lisieux to be a Doctor of the Church.  She could be called the Doctor of Mercy. Thérèse lived at a time when fear of God, fear of Hell were major motives in religion. In her autobiography Thérèse emphasized the loving mercy of God in ways that were often very dramatic. She wrote, "I'm going to be doing only one thing. I shall begin to sing what I must sing eternally, the Mercies of the Lord. Most  of all I imitate the conduct of Magdalene; her astonishing or rather her loving audacity which charms the Heart of Jesus also attracts my own. Yes, I feel it; even though I had on my conscience all the sins that can be committed, I would go, my heart broken with sorrow, and throw myself into Jesus' arms, for I know how much He loves the prodigal child who returns to Him. I go to him with confidence and love." The witness of Thérèse to the mercies of the Lord and the effect her witness has had upon the universal Church in giving hope to the weak and sinners was so profound that Pius XI called her “the greatest saint in modern times.


Our own Cistercian Father Saint Bernard of Clairvaux was one of the greatest preachers of Divine Mercy. In a sermon he delivered to his monks, Bernard describes himself as  "burdened with sins, enveloped in darkness, enslaved to pleasure, tormented with desires, dominated by passions, filled with delusions, always prone to evil, easily accessible to every vice, in a word, full of all shame and confusion.” We should not dismiss this self-description by Bernard as humble posturing.  This was indeed an accurate account of what Bernard had discovered about himself.  Instead of this being something that filled him with fear, in his openness to God's grace he had mercy upon himself, as it were.  This inspired him to have mercy upon all his brothers in their misery.  And this opened him even more to a knowledge of the Father of Mercies.  He discovered that Mercy's natural home is our misery.  That's the destination to which it rushes like the wind.  Like Saint Thérèse would, centuries later, Bernard wrote and proclaimed: “The mercy of God is from eternity. Surely there can be nothing co-eternal with the Father save the Son and the Holy Spirit.  And each of these two is not so much merciful, as mercy itself.  But the Father himself is also Mercy.  And these three are not three mercies, but one mercy.”
Faced with our own misery, the only sane response to ourselves and to our brothers and sisters, who likewise suffer, is to have mercy, to practice the forgiveness of sins; and thus to know and proclaim the God of Mercy. We encounter the merciful Risen Lord in the sacrament of the Eucharist, the sacrament of Mercy. Here we receive the body of Christ given up for us, and the Blood of the new and eternal covenant poured out for us for the forgiveness of sins. Have mercy on us, O Lord, for we place all our hope in you.
Posted by The Monks at 3:42 PM