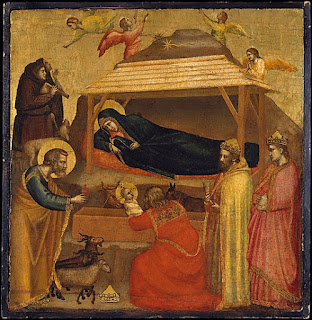 The Christmas story is meant to reflect, shed light and bring us more deeply into the narrative of our lives and of our own journeys, with all their ups and downs, joys and sorrows.

The Magi follow the star, find the newborn king, and upon seeing him, place their gifts at his feet. Historically we do not know much at all about them. They apparently came from somewhere in the East. They were guided by a star, which may have been a super nova or a confluence of planets. The story mentions three gifts, so it was assumed there were three people. It is highly likely that there were a lot more than three. People who traveled distances in those days did so in sizable caravans with lots of attendants for safety reasons. Whatever the number, Matthew brings them into the story as representatives of those outside the Jewish religious tradition who come to the knowledge of the birth of this Child initially through nature and the stars.

What happened to the Magi afterwards? We don’t know what happened to them afterwards, and that is exactly the point. Their slipping away into anonymity is a crucial part of the plot line of the Christmas narrative and a vital dimension of their gift to our Infant King and to us. What I am saying is that they now disappear, because they can now disappear. They are now free enough to do so. They followed their star. They completed their journey. They realize that the end really is in the beginning. They have placed their gifts at the feet of the Infant King and can now leave everything they have and everything they are safely in his hands. They have no need to fight for their, until then, central place in the story. They now happily cede everything to him. They can disappear. Can you hear the echo of Simeon’s prayer? “Now, Lord, you can dismiss your servant!” We can die! We are in safe hands.

Brothers and sisters, the Christmas story tells us that we are in safe hands. Our God is really one of us, among us and with us through all the sometimes dark and disconcerting journeys of our lives. However, remember, the main journey of the Christmas story is not our journey to God but God’s journey to us; God with us, forever.

The Adoration of the Magi, Giotto di Bondone (Italian, Florentine, 1266/76–1337), ca. 1320. The Metropolitan Museum of Art. Used with permission.  Excerpts from Abbot Damian's homily for the Solemnity of the Epiphany.
Posted by The Monks at 11:27 AM