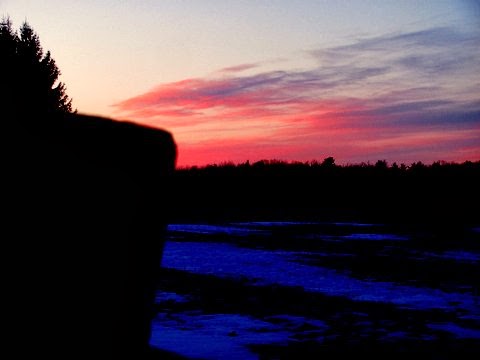 Certainly a key effect of Joseph’s obedient faith is his participation in God’s plan to overcome the effects of sin in the world. The English word sin is derived from the German term Sunde, which carries the connotation of sundering or dividing. The Greek word diabolos, from which we get our word devil, the evil one, basically means “scatterer”. In the Book of Genesis, the original sin – incited by the serpent – amounts to a sundering of the human relationship to God (expulsion from the Garden) and a radical division and scapegoating among creatures. Separation, suspicion, mutual hatred, blaming – all are signs that the scattering power of sin is let loose.

God, on the other hand, gathers. The history of Israel is the story of God’s gathering of his people into one through the power of his covenant. It is the story of Israel’s hope for unity, a hope kept alive through the suffering of periodic separation, of division, and even exile because of their infidelity to that covenant. All of it is God’s narrative, the unfolding of his plan for Israel and, through Israel, all of humanity. In the sending of his Son, God gives definitive expression of his power of gathering.

Through Joseph’s generous and humble act of placing his whole being at the service of God’s word  God was able to catch Joseph up into his life and impress on his being his own way of thinking and acting. We can imagine Joseph’s obedient faith was immeasurably pleasing to God, first of all for its own sake because he loves to make man holy, and because it enabled him to make of Joseph a very effective instrument of his divine gathering. One way to look at the fruits of Joseph’s obedient faith is to see it as assisting God in his project to overcome the division and alienation brought about by the disobedience of the first couple.

First of all, by his obedience Joseph helped overcome the first alienation which was that between man and God.  In his self-gift to Mary and united to her in their mutual “yes” to God and to one another, and in their humble service to the divine plan as the parents of Jesus, Joseph helped overcome the consequence of the first alienation, which is alienation within the human being and between human beings, which first happened between the man and the woman, manifesting itself as shame of each before the other, showing that the original harmony between body and spirit had been disturbed. In his daily work and by introducing Jesus into his trade, Joseph helped overcome another alienation which is that of man from nature and the world. Finally, by embracing the call to the renunciation of normal conjugal relations and biological fatherhood, Joseph participated in the Cross of Christ, through which God overcame the most important alienation of all, death, thereby overcoming the final obstacle to gathering into his kingdom all those who say ‘yes’ to his call and promise.

Sin divides. God gathers. St. Joseph shows us the path for allowing God’s gathering and reordering power to do its stuff in our hearts and in our relationships. Following it, we will no doubt find God surprising us with a renewed identity in him.

Excerpts from Father Timothy's homily for yesterday's Solemnity.
Posted by The Monks at 11:51 AM