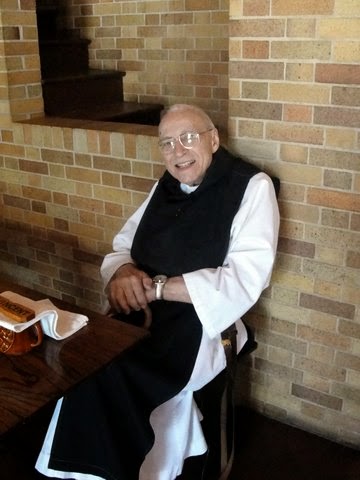 A preeminent chapter in the history of the Trappist community at St. Joseph's Abbey ended late Friday evening, December 12, 2014, with the passing of our Father Laurence Bourget. Born in Central Falls, Rhode Island, he was thoroughly immersed in Rhode Island's Catholic culture. He entered the Abbey of Our Lady of the Valley, Lonsdale, Rhode Island, in 1933 and, after a fire in 1950 that forced the closure of that monastery, he moved with the rest of the monastic community to St. Joseph's Abbey in Spencer. 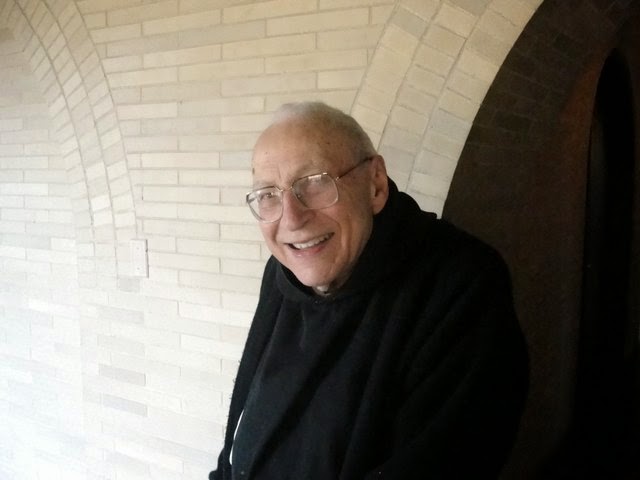 Father Laurence pronounced his solemn vows in 1938 and was ordained a priest in 1942. Throughout the span of his long career in monastic life he filled many posts: organist, abbot's secretary, enrollment secretary, choir master, guest master, retreat master, archivist, professor of history, patrology, philosophy and scripture, claustral prior, counselor to the order's Abbot General in Rome for English speaking monasteries in North and South America and English, French, French and English translator at General Chapter meetings. 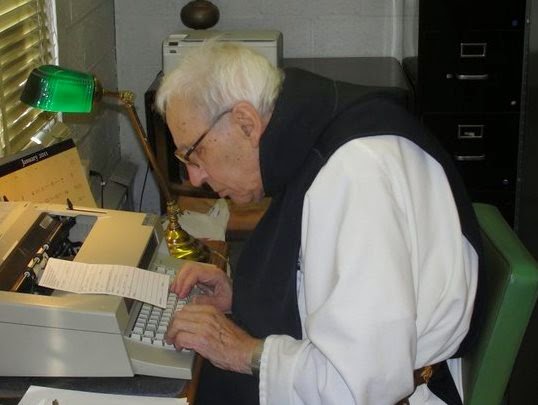 The last living link to the earliest history of the Trappists in North America, Father Laurence's formative years were cultivated by monastic elders who had lived and prayed in the original 1825 foundation of Petit Clairvaux in Tracadie, Nova Scotia. He was a passionate witness to the cultural richness inherent in the traditions he handed on. In the hearts of the monastic community Father Laurence remains a figure of considerable effect in the history of St. Joseph's Abbey. With gratitude for the gift of his presence among us, the monks commend his soul to your prayers.

Photographs by Brother Colombo Weber.
Posted by The Monks at 9:54 AM