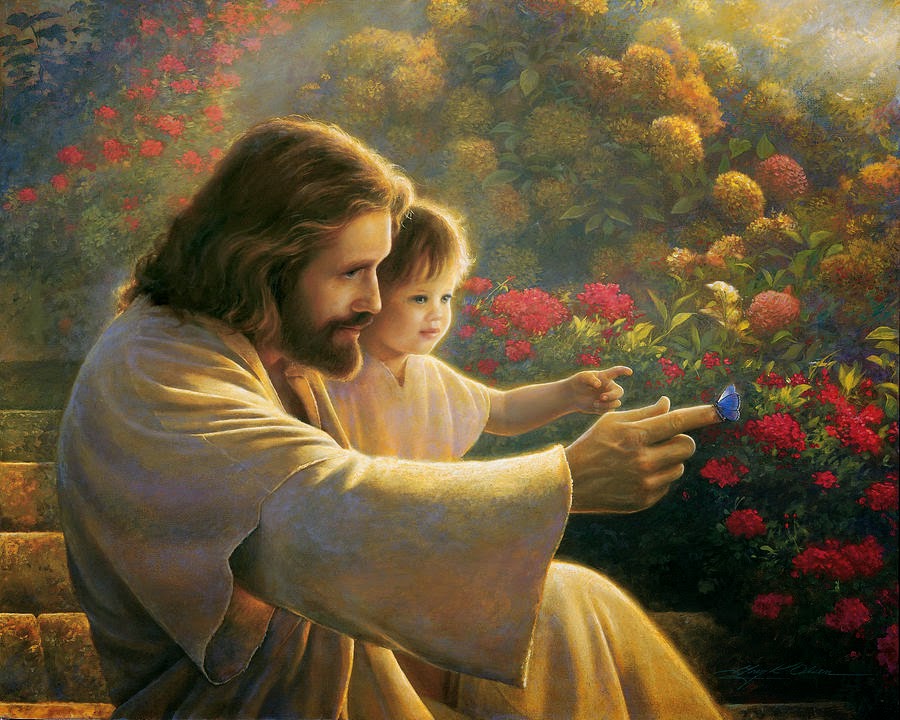 Scripture does not say that on the day of the Lord’s Resurrection he appeared to a little child, but it does say that in the course of forty days he appeared to many. So, I’d like to think that the scene above might have occurred, when, soon after the Lord’s rising from the dead, a little child at play in that same garden where lay the tomb, drew near to Jesus in gleeful eagerness and wonder.
Jesus gathered up that child into his arms. As just then alighted a butterfly upon his wounded hand, he lovingly explained the mystery of what rising from the dead means in words only the child-like and pure of heart can understand. For at one time the people were bringing little children to him that he might bless them. Then as now, he took a child up into his embrace saying, “It is to just such as these that the kingdom of God belongs.” Perhaps it was the same child then as now. Perhaps, in some sense, it could be you.
CHRIST IS RISEN! HE IS RISEN INDEED!
Painting by Greg Olsen. Meditation by Brother Anthony.
Posted by The Monks at 8:00 AM