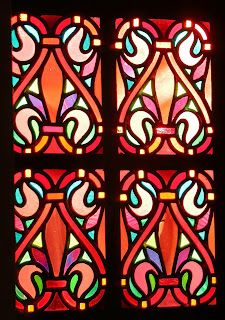 A pause. Enter the sweaty, hardworking son. The rage and jealousy, and righteous anger are almost palpable. He is full of kid’s justice - what we all said as children - "Dad, that’s not fair!” How it cut our parents to the quick. Now the younger son certainly needed to learn that love entails responsibility. But this older son will have to learn that dutiful love must always be accompanied by mercy. And if we'd been around a couple of days earlier, we might have heard a discussion between this guy and his wife concerning their son. It went something like this - “He’s being irresponsible. I expect more of him. He shouldn’t forget; he should know better.” His wife’s response - “Honey, take it easy, he’s only five years old.”

Imagine how hard he is on himself when he makes a mistake – “I should have known better.” Or when something goes wrong – "I got what I deserved.” For weeks since his brother left, he’s been nursing a grudge as big as Gibraltar, going off to work each morning with a giant chip on his shoulder. He’s very good at balancing the books. He’s soon to be appearing in another parable, where we’ll hear him say - “Pay me what you owe!” Confident in his dutifulness, and in all he has accomplished; he is the very good, reliable son.

Now the younger son was right, perhaps he no longer deserves even to be called son. Love alone makes him worthy. But this older son is even more deluded, for he thinks he deserves something because he’s been slaving for his father for years. But he’s not a slave but a son like his brother. But somehow he feels he has to defend his father’s rights and reputation. He’s embarrassed at the weakness that his Father reveals in such extravagant love. He can’t deal with it. “The fatted calf? C’mon.”

And then there’s this little phrase, almost too painful to hear – “Why you never gave me so much as a kid goat to celebrate with my friends.” The father might have added - “You never asked me; I’d give you anything. Please tell me what you want.” This guy’s been so busy doing the right thing, he’s lost sight of his deepest desires (there’s true blindness for you.) He’s totally clueless, has no sense of all the love that’s available for him. He too is lost, really desperate, though he doesn’t know it yet. But let’s not be too hard on him; his father’s certainly not. “Please, please come in,” he says. “You are always with me. All I have is yours.” (Such an incredibly beautiful phrase that really sums up the whole parable.) Perhaps this older son will learn love in a new key today; learn that love is extravagant - far beyond the bounds of justice and our own too small equations.