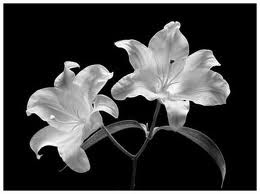 Initiation into the sufferings and mystery of the Cross the Lord reserves for those who respond to his gift of unconditional love with their own gift of unconditional love. Two well-known and classic examples of people in recent times whose lives of total self-gift disposed them to be received into the mystery of the Cross were Thérèse of Lisieux, as she approached death, and Mother Teresa, with her long dark night experienced over decades.

In the context of John’s Gospel, Jesus gives this privilege to his Mother and the Beloved Disciple, or John, with whom he is traditionally identified. The rest of the disciples are on a different level. They have faith but cannot share this ultimate intimacy; in this way they are like most of us believers today, and of all times for that matter, who have faith, but haven’t let go enough, aren’t sufficiently at the Lord’s disposal for him to be able to lead them into this degree of intimacy.  Ever since Mary’s assent, her “Yes” at the Annunciation, she is the Son’s companion in everything that happens to him. We cannot think of her as being absent from any essential part of his life. It is of her essence to be where the Son is. Out of her physical motherhood there flows directly a spiritual motherhood.

Mary raised Jesus, nourished him, and instructed him in the religious traditions of Israel. But then, more and more, it was he who educated his Mother for the greatness of the task that lay before him; leading, enlightening and challenging her throughout her life, up to granting her an intimate share in his Cross. In this way, Jesus prepared her to be spiritual mother to all. As our spiritual mother, she is there to accompany us and lead us to her son, in the fullness of his mysteries, as one who has known the full gamut of human experience herself and knows her Son, more profoundly than any other creature, because he introduced her into all of his mysteries, sparing her nothing.

John, like Mary, belongs to all those whom the Lord freely chooses to stand beneath his Cross and share in his suffering.