A Fire on the Earth 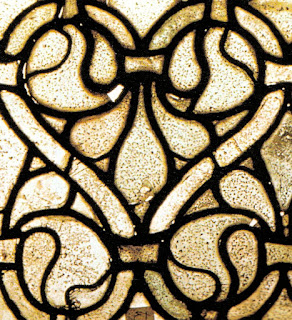 Do you think that I have come to establish peace on the earth? No, I tell you, but rather division.

Ultimately, Jesus’ mission as Son of God is to reconcile all things and to break down all dividing walls of hostility; for he is our peace. His Church is to be universal and distinguished from all others by its unity. His followers are to be “careful to preserve the unity of the Spirit in the bond of peace: one body and one Spirit even has you were called in the one hope of your calling.”

But when he makes his appearance he is a sign of radical division; even among family members. This was contrary to expectations of the Messiah at the time. Rabbinic tradition taught that divisions in the family would precede the coming of the Messiah, but his coming would heal all divisions. Jesus says rather that his presence will intensify divisions.

In Matthew’s version the language is even stronger: “Do not think that I have come to send peace upon the earth; I have come to bring a sword, not peace”. In the Book of Revelation, John says of him that out of his mouth came a two-edged sword. In the Letter to the Hebrews we read that His word (which he himself is) cuts and divides right down to the very essence of things: Indeed, the word of God is living and effective, sharper than any two-edged sword, penetrating even between soul and spirit, joints and marrow.

If we step back and look at biblical revelation as a whole we can see that division is in fact not just a characteristic of the appearance of the Son but is a fundamental property of God’s relation to the world. Looking at chapter one of the Book of Genesis we could say that the fundamental principle through which the world is created is separation. Creation is essentially the bringing of order out of chaos largely through acts of separation, division, distinction.

We find this view strongly supported by the language of the text: the word “divide” or “separate” occurs explicitly five times in the first chapter, and then never again in all of Genesis: God separates light from darkness; he separates the waters into waters above and the waters below by means of a dome, and then separates day from night. The idea is present in what follows ten more times in the expression “after its kind”; such as 11 And God said, "Let the earth put forth vegetation, plants yielding seed, and fruit trees bearing fruit in which is their seed, each according to its kind, upon the earth." And it was so; implying the separation of plants and animals into distinct and separable kinds or species.

At the most foundational level, by separating and dividing God keeps the unruly forces of darkness and the watery chaos at bay.  In the division of things according to their kind, we find higher and more stable sorts of distinctiveness that exist among plant and animal species. A hierarchy among beings emerges which finds its peak and culmination in God’s ultimate work of creation which is man.

In Hebrew the root of the word translated here as hallowed is “qadesh”, “holy”, which means something separated, set off, apart. In so doing, God sanctifies the principle of distinction by making it the principle of holiness. What follows in the rest of the biblical narrative in one way or another will concern God’s bringing the human being in relation with the holy.

“God said, ‘Let there be light’, and there was light. God saw that the light was good. God separated the light from the darkness.” So it is in the order of creation, but in the order of redemption, God himself comes as uncreated light, as the God who “is light and in whom there is no darkness  – who has been sent by “the Father of lights”as the light that “shines in the darkness” of this world:  “I am the light of the world. He who follows me does not walk in the darkness, but will have the light of life” . “I have come as light into the world, that whoever believes in me may not remain in the darkness. The light that this Messiah brings is himself – is love; to walk in the light means to walk in his love; means to be “called out of darkness into his marvelous light”; means to be made worthy to share the lot of the saints in light”. To walk in the light means to love as he loved us, with a love that is made perfect in us.
When Jesus says “Do you think that I have come to establish peace on the earth? No, I tell you, but rather division,” he is making a judgment on the world. And this is the judgment, that the light has come into the world, and people loved darkness rather than light, because their deeds were evil.

In order to be free to act in us as love, Jesus demands complete separation from the darkness and its chaos. Let your 'Yes' mean 'Yes,' and your 'No' mean 'No.' Anything more is from the evil one; he says in the Sermon on the Mount. Of course, we fail and have to begin again, but we must always begin with the sincere commitment to put the darkness behind us once and for all.

But this is only the beginning. When God comes to us as light and love, he always come to us not simply with the grace of redemption, but with a particular grace that belongs to each of us according to our unique election, vocation and mission. Each time we say ‘yes’ to this grace that is offered, our life receives a particular determination that is in accordance with the divine mind. Gradually, as we walk this way, our life receives a form that could in no way be anticipated, predicted or foreseen by us, and therefore can only be attained by obedience. At the same time, made separate for God, with each decision in accord with this divine mind, we are separated from every other course our life could have taken.  When we make these choices consistently God make us pleasing in his sight, beautiful, in its three classic constituent parts: he clothes us in integritas, he makes us whole; consonantia, he creates in us a harmony among all the parts of our life; claritas, our life has color, that is, illuminated from within by the divine light, we become a distinct, visible, clear witness of that light, of all the good things God has done in us.

To the degree that whole people of God lives this way, God is able to create a breadth and variety of life and holiness in his Church that are in no way inferior in their kinds and distinctions to the abundance of forms found in nature, but infinitely surpass them because they have arisen from the interchange of freely given and freely accepted love.

Homily for the Twentieth Sunday by Father Timothy.