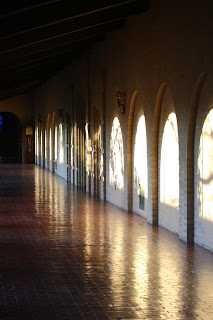 “People were bringing little children to Jesus…” “People were bringing even little children (babies) to Jesus…” This word ‘even’ suggests that something unusual was taking place. And it helps explain why the disciples were disapproving. At that time and in that culture children were seen very much as second-class citizens. They had little, if any, social status. And the disciples thought they were doing Jesus a favor by discouraging their presence. But as so often happens in the gospels when the disciples make such assumptions, they receive a rebuke from Jesus and a lesson in the upside-down nature of the coming of God’s kingdom. No, don’t prevent them, let them come to me, he says, “for it is to such as these that the kingdom of God belongs.” In fact, “whoever does not receive the kingdom as a little child will never enter it.” This is strong language. Now, we are familiar with these words and so they don’t shock us. But for these first disciples and would-be disciples these words of Jesus were very counter-cultural and quite disturbing.

So, what is Jesus actually saying here? What is it about a little child that is so essential for entrance into the kingdom? At bottom, it has to do with dependency. Now I realize that the word dependency itself probably makes many of us very uncomfortable. Maybe it’s like the uncomfortableness that the disciples felt when Jesus told them to “let the little children come to me.” When we hear the word ‘dependency’ we think of dependent personalities or dependency on drugs or alcohol. I think we all realize that little children can be angels and rascals. But either way, they are highly dependent on others for survival, usually parents. The dependency that Jesus is getting at is an underlying, foundational reliance on God rather than self. Dependency, in the sense of receptivity and radical trust, is the necessary condition for the in-breaking of God’s kingdom into our lives and world. Jesus’ call to such a radical receptivity and trust isn’t about God callously asking something unfair or unreasonable. Becoming like a child isn’t a call to be childish. It’s all about life and our capacity to receive life in all its fullness. It’s about the radical freedom that comes from knowing, really knowing that we are children of God. And this knowing isn’t just a matter of information. It’s fundamentally about relationship. It’s about the real, new possibility of being related to God as Jesus was and is. It is a dependency that frees us from ourselves and allows us to trust God’s loving care for us completely.

There was always a certain childlikeness about Br. Meinrad. Several things struck me about Meinrad. One of them was his joyful uncomplicated freedom. He was free enough to be playful. For instance on his first night in the hospital when I was leaving I said, “Meinrad, I’ll see you tomorrow.” He immediately responded with, “Thanks for the warning.” And with all his playfulness he always exhibited a dedication to whatever task he was engaged in. Whether the task was weaving stoles, clerical work, tailoring, welcoming people to the monastery, playing bluegrass guitar music or creating origami.

One particularly noticeable facet of his dedication was his devotion to the saints; countless saints but particularly St. Therese of Lisieux. On his application form to enter when asked to put in his own words why he wanted to be a Trappist he wrote: “I wish to love Jesus with my whole heart and soul, to be united with Him, to help quench His thirst for souls…” That is pure St. Therese.

I’ll let St. Therese and Fr. Thomas Keating have the final words. Therese expressed her conviction in this way: “Even if I had on my conscience every conceivable sin, I would lose nothing of my confidence. My heart overflowing with love, I would throw myself into the arms of the Father, and I am certain that I would be warmly received.” Fr. Thomas’s comment on this conviction of Therese was: “This is one of the greatest insights of all time into the nature of God and our relationship with him.” “See what love the Father has bestowed on us that we may be called children of God. Yet so we are.” May the soul of the child of God Br. Meinrad and the souls of all the faithful departed through the mercy of God rest in peace.