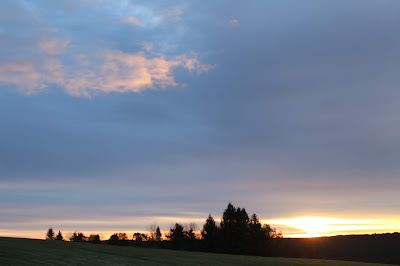 On the one hand, the season of Advent is a season of joy and hopeful anticipation as we approach Christmas; on the other hand, it is filled with sober reminders of what will happen when the Lord comes. The prophets are particularly sensitive to this paradox.

St. John the Baptist certainly knew the ups and downs associated with the Lord’s coming. His whole prophetic mission was focused on it. He had spent years in the desert preparing; he fearlessly rebuked the religious leaders as a brood of vipers and called out the king for his adulterous behavior; he had seen the heavens opened and the Spirit descending like a dove; and finally, he was bound in prison for his witness to the truth with only his conscience for company.

Someone might think that Jesus would do something to assist John. But when his disciples bring John’s question to Jesus, that is, whether Jesus is the one who is to come, Jesus doesn’t send a rescue squad. He doesn’t offer words of sympathy. He simply relates the works that he has been doing and allows John to complete his glorious witness.

Jesus goes on to speak to the crowds about John, and higher praise could hardly be given. John is the messenger sent before the face of the Lord to prepare his way. He’s not a reed swayed by the wind. If there is any example of someone standing firm in the truth, it is John – and under what conditions! I can only imagine John repeating to himself over and over again the words of Isaiah: “Strengthen the hands that are feeble, make firm the knees that are weak, say to those whose hearts are frightened: Be strong, fear not! Here is your God!”

Jesus concludes with the puzzling statement: “Among those born of women there is none greater than John the Baptist.” It is hard to know what the rest of the statement means: “…yet the least in the kingdom of heaven is greater than he.” One thing is clear: now that John is in the kingdom of heaven, there are very few who are closer to God than he. John prepared the way of the Lord, and we are all his beneficiaries.

I would like to mention one other prophet in the context of Advent – a modern prophet – St. John Henry Newman. Newman, too, knew the paradox of being a prophet of the Lord. He had been one of the most influential Anglicans of the 1800’s; but his prayer and study led him to a perplexing question. Just as John had found it necessary to ask the Lord if he were the one who was to come, Newman was led by to ask something similar, but with a slight twist if I may so phrase it: “Are you she who is to come, or should we wait for another?” He meant the Catholic Church. Was the Lord’s coming inseparable from her coming? Was she the Bride of Christ?  When Newman reached the conclusion that she was, he asked to be received into the Church. His adherence to this truth and to the voice of his conscience cost him dearly, but he stood firm, and now he is a guide for countless believers.

What do these two great prophets have to do with us? How do we fit into this puzzle which is Advent? The coming of the Lord is near, but so is his Paschal Mystery. The prophets patiently awaited and prepared the way for the Lord, and we must too. We, both monks and laity, have a prophetic mission in the Church. As monks we rarely see whether we are making any difference in the world. We are hidden away in the bosom of the Church. Our prophetic mission is to go continuously before the face of the Lord and ponder his majesty and lowliness. We must witness to the truth in our communal life, often in the darkness of faith. Like the Eucharist we are about to receive, so hidden from the eyes of the world, let us stand firm hidden yet prophetic in the bosom of the Church and rejoice in the Lord always!