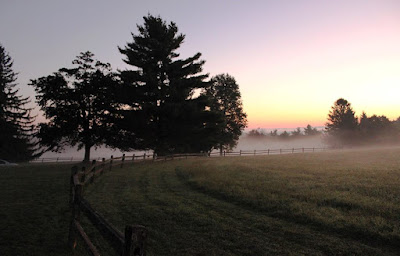 There was once a man living in an earthly paradise. Then one day, as the gentle breezes were blowing, the colorful birds flying, and the bees were busy buzzing, this man did something that changed everything.  This man's name was James Leviticus Whittaker-Tate the 5th, Jamie for short. The earthly paradise was Hawaii. What Jamie did was he woke up; I can't say he got out of bed because he fell asleep on the sofa.  What was staggering about Jamie waking up as he was stone-cold sober; Jamie was a rich party boy, living off his parent's dime in paradise. Jamie knew this sober situation had to be remedied. Jamie had lots of friends that would help him fix the unpleasant condition he found himself in. As he was about to call someone from his inner circle, he remembered, "Oh no, can't call him, he was in custody"'. Jamie figured he would try someone else and came up with another name, and he remembered, "Oh no, can't call her she's in rehab." Then Jamie thought, I know plenty of people who like to party and have a good time. As Jamie went down the list of comrades whom he considered close, he came to realize not one of them was available; everyone was either in jail, in rehab, or dead.

Jamie paused, and at that moment, that nanosecond, Jamie felt in a flash the clouds had parted and he was able to think clearly for the first time in years, God had given him a gift, God had given him a chance, God had given Jamie a choice. Jamie could go back to his old way of living, as he had been for a long time, and Jamie told stories of being 12 and 13 and not being able to sit up or stay awake in class because he was stoned. As I said, Jamie's family was wealthy, so he could afford to keep living the way he had, and his family was never going to come looking for him; as long as Jamie kept out of their hair, he could do what he pleased. Jamie never understood why he had received that moment of clarity, but he knew he had to choose.

Jamie was well off and living in paradise, but this is a story of a family not so well off and not living in paradise. This small family consisted of a mom and dad and two sons, and the family was living in a depressed area. With two sons and a wife to feed and provide for, the father decided it would be best to move to another location that was not experiencing the hardships that their region was, and so off they went.

Moving to a new area is never easy. Still, it can be challenging when the new region is so very different than the one you are leaving, with different backgrounds, different customs, different religions, and downright strange food, but what this little family had was their bond of family and the strength of belief in their God.

Things were not easy at first, but in time the locals accepted them and their strange ways. The young men became so much part of their new homeland they both married local girls and decided to raise families in the new surroundings they had settled in. They were all doing well with a bright future, with the anticipation of children, and that's when tragedy struck. The boys' fathers, the family's patriarch, died suddenly, and then both of the sons were struck down. So the mother and her two daughters-in-law were all left widows. The mother, whose name was Naomi decided it would be best for her to go back to her native land of Bethlehem in Judah; she did not want to stay in an alien land with no family, which now only held pain for her. Naomi told her daughters-in-law, Orpah, and Ruth, to return to their families; the women had no obligation to her as she was only their mother-in-law.

Orpah made the decision to go back to her clan; Ruth had to make the same decision to go back to the familiar, or forward with Naomi, into the unknown. Nothing is said about Ruth's life before marrying Naomi's son. Let's remember Naomi and her clan were from Judah and had unusual customs and worshiped a different God that Ruth had not known before. Maybe in Ruth's husband's family, she saw something she had not seen in her own.  Perhaps the way her husband's family respected each other and interacted with other people and conducted their lives in general, and their relationship with this God of theirs was different from what she was used to, and Ruth liked it. Ruth made the decision not to go back to her old way of life. Ruth had been given a choice to make, she could do like her sister-in-law Orpah and go back to her old way of life, or she could go forward with Naomi to Bethlehem and Naomi's God.

In the Book of Deuteronomy, as the Jewish people were about to cross over into the Promised Land, Moses knowing he was not going to be allowed to cross the river, wanted to impart some fatherly advice to his people; Moses gave a lot of advice, but the key point of what he said was "I put before you, life and death, choose life."  His people that had been on a journey for forty years, at this point, anyone who had been over the age of twenty when they left Egypt, was now dead, with the exceptions of Moses, Joshua and Caleb. The vast majority of the Jewish People had only known life of the road, and now they had to make a choice.  They could go back to wandering, or they could move forward and cross the Jordan River, and change their lives forever and that of generations untold. When Moses says choose life, he meant a life being obedient to and loving God. But Moses never said it would be an easy choice or an easy life. Forward with God into the unknown or back to an old life, which might have been uncomfortable, but it was familiar. It is amazing how comfortable people can become with discomfort.

In today's gospel, we hear of a young who wants to be holier and grow closer to God, this young man has kept all the commandments and been faithful to his religion and his God, but he wants more; at some level, he realizes he is not satisfied with what the world has to offer. So, the young man asks Jesus what he should do. Jesus Christ gave this young man a choice; the young man had to make a decision. Go back to his old life, which even though it was luxurious, the rich young man could sense, could feel, he knew it lacked something, or he could give up what he owned and what he thought he was in charge of and go forward with God. As we all know, the young man chooses not to go forward with Jesus but stay with the familiar; maybe it would be too hard to change.

My friend Jamie took the chance God offered him and had been sober for decades and was busy sailing around the world with his wife and family. Ruth went into the unknown with Naomi, to her homeland and her Hebrew God, she was blessed with marriage, became the great grandmother of King David, and is part of the heritage of Jesus Christ. The Israelites said yes and put their slavery behind them. As far as the rich young man is concerned, I would like to think his story is not over; the tighter he holds on to his possessions, the less important and valuable they may become, he is young, and God has time on his side. The young man could still say yes to choose life.

We are all given the choice of saying yes to God. Rarely is it as dramatic as with Jamie, or Ruth, or the Hebrew people crossing the Jordan River, but it is saying yes to God not just once but again and again. For some, saying yes to God is a daily event, sometimes a couple of times in the course of a day, occasionally every hour, and every so often, it's done with every breath. God puts before you life and death; choose life. Today's homily by Deacon Brother Stephen.