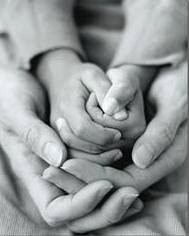 We listen to reading during our noonday meal in the monastic refectory. Our current book is entitled The Global War on Christians by John L. Allen. Most of us monks are stunned by the alarming statistics on  the worldwide persecution of Christians.

Allen reports that “Christians in the early 21st century are the world's most persecuted religious group. According to the International Society for Human Rights, 80 percent of violations of religious freedom in the world today are directed against Christians. In effect, our era is witnessing the rise of a new generation of martyrs. Underlying the global war on Christians is the demographic reality that more than two-thirds of the world's 2.3 billion Christians now live outside the West, often as a beleaguered minority up against a hostile majority- whether it's Islamic fundamentalism in the Middle East and parts of Africa and Asia, Hindu radicalism in India, or state-imposed atheism in China and North Korea. In Europe and North America, Christians face political and legal challenges to religious freedom." Allen tells us that most often these new martyrs suffer in silence.

Our hearts are broken open; we pray for all of our Protestant and Catholic sisters and brothers around the world who are maltreated and harassed because they are followers of Christ Jesus.

Holy Father, we humbly beseech you,
graciously endow us with your Holy Spirit,
who takes away everything
that estranges us from one another.
Posted by The Monks at 11:56 AM