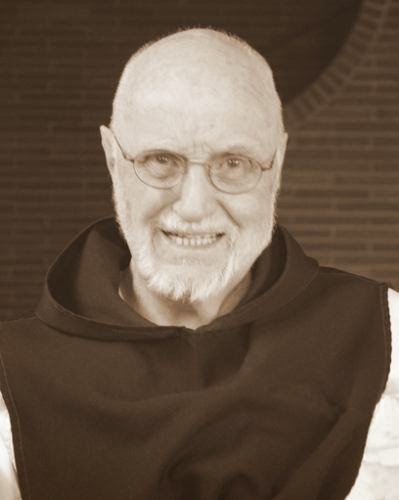 We mourn the passing of our brother, Father Basil, who died very peacefully on Friday, May 2, surrounded by a small group of devoted brethren.


A Pennsylvania native Father Basil  entered Our Lady of the Valley as a lay brother in 1946 when he was twenty-five years old. After the fire in 1950 that completely destroyed that monastery, he moved with the rest of the monastic community to its new location at St. Joseph's Abbey in Spencer where he pronounced his solemn vows in 1951. Five years later he was sent to help construct the new monastery in Snowmass, Colorado. When he returned to Spencer, he worked on our dairy farm and in the machine shop.

Father Basil was ordained to the priesthood in 1976 and continued his service to the community as accountant for the Abbey's industries. And for the next twenty-two years he labored diligently as the Abbey's chief librarian.

Father Basil was 66 years in monastic vows and 38 years a priest. We remember with grateful hearts the example of his quiet faithfulness in prayer and at work.
Posted by The Monks at 7:39 AM