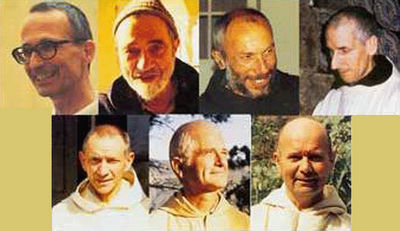 In May of 1996 seven of our Cistercian brothers of Tibhirine in Algeria were found dead. These monks were kidnapped from their monastery and beheaded by a group of Islamic terrorists trained by the al-Qaida network. Caught in the conflict between the Algerian government and the extremist Armed Islamic Group, these monks chose to remain at their monastery amid threats from extremist elements and face death in solidarity with the Muslim neighbors whom they loved. We were pleased to learn that our Trappist brothers will be among the 19 martyrs of Algeria beatified on 8 December this year in Oran, Algeria.

Pregnant Muslim women from the village adjacent to the monastery would often come to pray before the statue of Our Lady in the garden for safe deliveries. Muslims honor Mary as mother of Jesus the Prophet. We pray to her for an end to all terrorism, for peace, understanding and mutual respect between all Christians and Muslims. May these martyrs teach us to be models of Christian friendship, encounter and dialogue, and may their example help us build a world of peace.

The monks' story was treated in the film "Of Gods and Men," which won the grand prize at its premiere at the Cannes Film Festival in 2010. 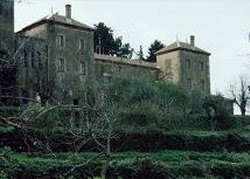 Photograph of the abandoned monastery of Tibhirine in Algeria.
Posted by The Monks at 10:59 AM