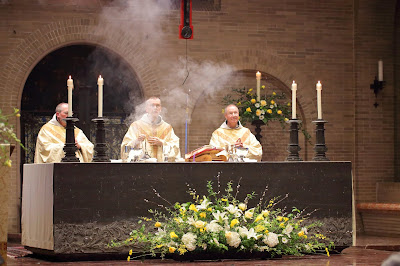 What are we to do, for we all love our favorite guests? Perhaps not to have this uncle or that once-friendly friend come would be OK. But certainly we delight to feed those others we like with what we have most carefully prepared. Jesus great Concierge, says no, that old list will not do, instead invite those who cannot possibly have you over to their place next week or thereafter. Invite hobbling cripples and lonely widows, blind eyes who can yet smell and taste our fare. Such is the kind of guest list in the Kingdom.

We should have remembered after all; those were the first invited when his birth was announced. It was unheard of at the time, for the custom in the ancient world, long before engraved announcements or telephones or iPhone or email, was that when a baby was born to a respectable family, messengers would be sent out to announce the birth to the “right sort of people,” friends of the family’s social class in the best neighborhoods of the city. And so, as God's baby Son is nursed by his Virgin Mother, heavenly messengers announce his arrival to shepherds, those very poor and smelly, “lowest-esteemed laborers.” They are “right sort of people” for our God, people of God’s own social standing. And the right sort of people must be informed. Could it be that they are people like us?

The banquet in the Kingdom is prepared; the table is set, let us take the lowest place, for we will find that He has preceded us there.