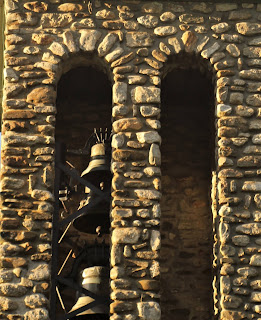 Some time ago now, there was a news article about a billionaire who told Cardinal Timothy Dolan of New York that unless the Cardinal convinced Pope Francis to put an end to his Marxist language and his constant harping about the poor and migrants, he, the billionaire, would not go through with his pledge to donate over two hundred million dollars to the restoration of St. Patrick's Cathedral.  Cardinal Dolan did not, of course, co-operate. Listen to this papal pronouncement inspired by today's gospel of the Rich Man and Lazarus that would probably infuriate our  billionaire: “Life in many poor countries is still extremely insecure as a consequence of food shortages, and the situation could become worse: Hunger still reaps enormous numbers of victims among those who, like Lazarus, are not permitted to take their place at the rich man's table... Feed the hungry is an ethical imperative for the universal Church, as she responds to the  teachings of her Founder, the Lord Jesus, concerning solidarity and the sharing of goods...The right to food, like the right to water, has an important place within the pursuit of other rights, beginning with the fundamental right to life. It is therefore necessary to cultivate a public conscience that considers food and access to water as universal rights of all human beings, without distinction or discrimination.” That radical Marxist sounding quote wasn't one from our vilified Pope Francis; that was a quote from the encyclical Charity in Truth by Pope Benedict XVI.

Pope Francis said recently that he was proud to be criticized for quoting Pope Benedict and Saint John Paul II.  The social concern of Pope Francis is not some kind of Christian Marxism; it is rather the solid tradition of the Church going back to the Gospels, St. Paul and our Lord Jesus Christ, and even to the covenant with Israel where the Lord God expected that there be not one needy person among them, no one had too much or too little of the manna that God provided in the wilderness.

Someone might wonder why we Cistercian contemplative monks are concerned about this social justice stuff.  What does that have to do with mysticism and contemplation?  The answer to that is “everything.”  In sermons 10 and 12 of that masterpiece of the Christian mystical life, St. Bernard of Clairvaux's Sermons on the Song of Songs, our twelfth  century Cistercian Father gives us the recipes for three mystical ointments that cause the Christian to be formed into Christ.  All three of them are necessary to this development.  The  first ointment, contrition,  gets us started on the Way.  Bernard says that, “a soul entangled in many sins can prepare for itself a certain ointment once it begins to reflect on its behavior, and collects its many and manifold sins, heaps them together and crushes them in the mortar of its conscience. It cooks them, as it were, within a breast that boils up like a pot over the fire of repentance and sorrow... The more despicable he believes his offering to be because of his consciousness of sin, the more acceptable it will appear to God.”  We were anointed with this in the penance rite of this Mass which recalls our Baptism and ongoing conversion.  Now in the celebration of the Liturgy of the Word and the Liturgy of the Eucharist, we are anointed with the second ointment compounded of all the gifts that God the Father has bestowed on the human race.  Bernard mentions especially all the graces we have received through Jesus Christ and the Holy Spirit.  “Happy the person who makes it his business to gather these  carefully for himself and keep them in mind with due gladness and thanksgiving,” says Bernard.  The very meaning of Greek word “Eucharist” is “thanksgiving.”

Cardinal Dolan's billionaire seems to be satisfied with these two ointments (we hope not, but he seems to be), but Bernard points out that he shouldn't be.  There is indeed “another ointment, far excelling these two, to which I give the name loving-kindness, because the elements that go to its making are the needs of the poor, the anxieties of the oppressed, the worries of those who are sad, the sins of wrong-doers, and finally, the manifold misfortunes of people of all classes who endure affliction, even if they are our enemies.”  In the mass we are anointed with this ointment, the grace of loving-kindness, when, having received the Word and the Eucharist into our hearts we are commissioned by Christ through the words of the priest, “Go and announce the gospel of the Lord” or “Go in peace glorifying the Lord by your life” or simply “Go in peace.”  Pope Francis teaches that the Gospel, the resurrection life and the peace that we bring to the world are best given with as few words as possible, or none at all.  It is the peacefulness, the joy, the loving-kindness in generous service to our brothers and sisters and enemies that cause them to see our good works and give glory to our Father in heaven.  May the grace of loving-kindness be always with us.  We all always have someone named Lazarus in our lives.

Photograph of the Abbey Belltower by Father Emmanuel. by Father Luke's Homily for the Twenty-sixth Sunday of the Year.