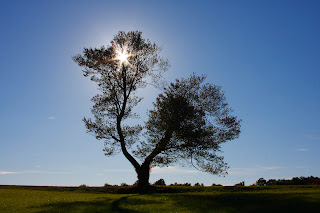 In today’s Gospel we hear a classic Wisdom literature motif- two ways, two attitudes. The wise person must choose rightly between the two. It seems clear, perhaps too obvious, which way Jesus is inviting us to follow, for this morning’s parable is pointedly addressed “to those who were convinced of their own righteousness and despised everyone else.” It’s sharp. And our first reaction may be to deny that we would ever think that way. And so right from the get-go, we run the risk of falling into the very judgmental, I-know-better attitude that the parable warns against. We’re caught short. We’ve been set up. The parable’s already working. We must pay close attention to Jesus and see where he takes us. The territory may not be as familiar as we supposed.

First there is a Pharisee, he has come to the temple to present his credentials to God; he does not pray to God, he stands tall and prays, literally- “toward himself.” And even after years of hearing this passage, it still can make us cringe. “I fast, I pray, I...” Maybe he simply should have dropped off his resume, left it at the altar and continued on to his day job. This very good man, who clearly has gone beyond the basic regulations of the Law in his religious regimen, has come to the Temple to remind God about all he has accomplished. Certainly, God is well aware of his goodness and faithfulness. But he wants to make sure.

Most embarrassing of all, he compares himself with a tax-collector, who is clearly no match for his holiness. The Pharisee is convinced he’s doing better than others, for he has fasted and tithed himself into a dither. But in the process, he has blocked off the possibility of receiving God’s mercy; he doesn’t need it, he’ll redeem himself. Perhaps, this is what makes Jesus so frustrated. Jesus does not demonize the Pharisee; he bewails his foolishness. The man is clearly under a lot of pressure to perform well, and there’s one thing he’s sure of- he doesn’t need anyone’s help, not even God’s.

The tax collector on the other hand is disarmingly honest, vulnerable. His prayer is more literally translated, “Be merciful to me the sinner.” He recognizes himself as the very essence of sinfulness. (William Barclay).  His humility disarms us; and it probably disarms God. This man comes to beg for mercy without a hint of illusion about who he is. Unlike the Pharisee, he knows he’s got nothing to recommend himself to God. Tax collectors were among the most despised of Jews in Jesus’ day, for they extorted money from their own people. When they collected taxes for Rome, they would usually collect more than a little extra for themselves; it was how the system worked. What is worse, they were in cahoots with the Romans, those Gentile intruders who were hated for their domination. Tax collectors were looked upon as the worst of sinners, akin to prostitutes. They were smarmy low-life, and they knew it. They made a decent living, had nice homes; they ate the best food, their wives probably dressed well, but the price they paid was high. They were shunned; they could only hang out with other sleazy tax collectors. (See www.bible-history.com.)

But this morning we witness this man’s conversion; he comes to beg forgiveness. And Jesus tells us this tax collector will go home justified, acquitted of his sins, because he has had a change of heart and has come to beg for mercy. It’s just as Sirach said in the First Reading: the prayer of the lowly one always “pierces the clouds.” And Jesus will assure us that even now there is rejoicing in heaven over the return of one such sinner. We too must rejoice for in Christ Jesus, God is continually reconciling the whole world to himself, bringing us all back to God, if we will allow him. He very much wants to mercy us; it’s why he’s come.

I need have no illusions about who I am. Why bother? Jesus desires open hearts that he can mercy and unburden. The foolish Pharisee is waiting outside; he thinks he’s not like those sinners in there. And like that stubborn older brother in another parable, he’s reminding God, “I slaved for you all these years. I’ve fasted; I’ve tithed. I’m not greedy, or adulterous.” But Jesus has come to remind us that with him, we are not slaves but beloved children of his Father. He begs us to come into the feast, “All I have is yours,” he says, “all this mercy, all that I am.” A very lavish banquet has been prepared for us; our ticket in is our sinfulness, the Bridegroom is at the door to bring us in. He doesn’t want our merit but our hunger. Why do we hesitate?