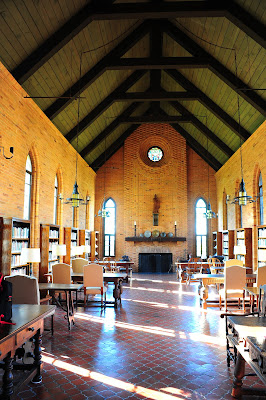 When the Abbey was constructed  in the early 1950's numerous reasonably priced antique pieces were acquired to furnish the main rooms, other pieces were donated by generous patrons. Among the latter acquisitions were fragments of stained glass, some rare and important. In the Abbey library, shown above, an oculus window high above the mantle was filled with a fragment of stained glass depicting Saint Dunstan. This glass fragment is probably of the fourteenth century, English and quite rare since much pre-Reformation glass was destroyed during the Dissolution. 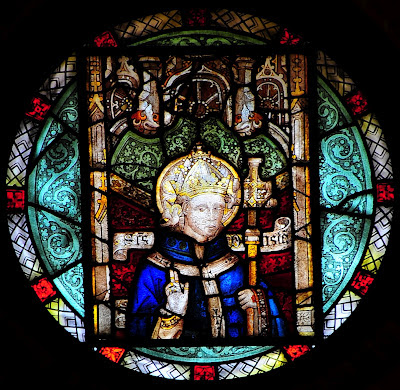 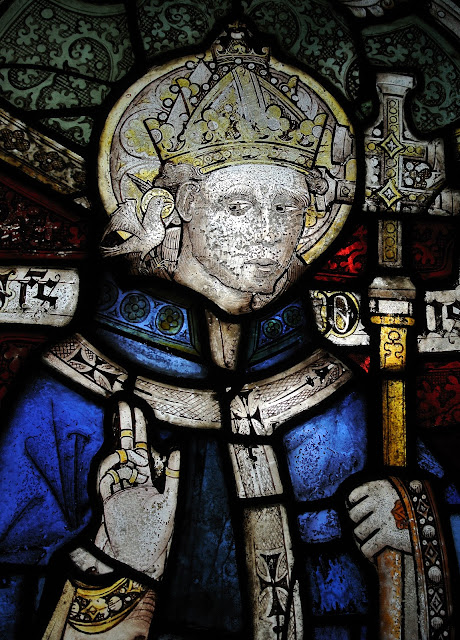