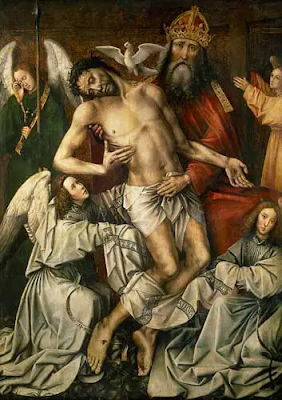 There’s really no graceful way to fall. Losing your balance. Losing your foothold. Who wants that? Slipping on the ice a few weeks ago - I’m upright and suddenly I’m aching in a heap on the ground, and not really sure how I got there. Thinking about my mom; she was always falling down on the ice. Every winter it would happen at least once; the poor thing was bottom-heavy. Or was it weak ankles? Whatever. She seemed to have a sixth sense for every unsanded patch of smooth ice, and she would tumble, falling back on her bottom. I’d watch in anguish as a child. "Oh, mommy. Are you ok?" My dad would simply glance back, look over his shoulder and say, "There she goes again." Grown too accustomed to her falling. For him, it was an inevitable part of a New England winter. Or the story of that foolish college student, drunk, partying with his friends, he scampers up the stairs to dance on the roof of his dorm and suddenly, carelessly steps over the edge and descends story past story and lands on the hard blacktop. But amazingly he is unharmed because he is limp, relaxed, and pliant. He rises quickly and is on his way.

Jesus is the seed, the grain of God’s own wheat sown by the Father in the dark, damp earth of our humanity. God himself in Christ has descended, fallen. First into the dark womb of Mary and thirty or so years later into the hands of evil men to be mocked and scourged and crucified. God who collapses and falls under the weight of a burden too heavy to bear – a cross - our sins and stubbornness. Falling freely, free-falling out of love. Falling like that foolish student, who stepped over the edge. Jesus wounded and bloody, dying, falling freely, confidently into the dark arms of the Father’s love.  And "Where I am there will my servant be," he says. (Recall images of the gnadenstuhl - the seat of mercy - the Father holding  his crucified Son, the Son resting in the Father’s arms.)

"Unless the grain of wheat falls into the earth and dies it remains just a grain of wheat, but if it dies..." If only we dare to fall. But who wants that? No way to do it gracefully. Or is there? Like Jesus, we are meant to fall headfirst into God’s arms, as dark and damp as the earth after a spring rain. Like a grain of wheat, falling into the dark damp earth to have the hard shell of the kernel rot away and then freely to sprout and flourish. Out of death and darkness abundant fruit. The way to fall gracefully? Like that drunken kid, stepping out and over and down, confident in the love of a Father who cannot, will not ever abandon or forget us. Falling into the ground the humus - the humble, embarrassing reality of who I am - in a loving letting go, a falling that is ungraceful, unwanted, awkward but unavoidable, and as inevitable as my mom on the winter’s ice. Letting go of all the absolutes this world would impose on us. Jesus promises us that such a loving letting go will bear much fruit and lead to our being honored by our Father who loves and notices us and lifts us up. (See Francis Moloney.)

Now in this hour, in this way. Now. Now shall the Son of Man be lifted up on the cross. Now anguish and exaltation are one; in this hour when the Son chooses to abandon himself to the Father’s will. This time of anguish and confusion, this time of what never should have happened, this time of pandemic and grieving. Now. Now. Can this hour truly be the hour of exaltation? What would it be like to believe that all your anguish and uncertainty is exaltation, to believe that confusion is grace? That confusion is grace. Christ the Victor drawing us into his dying and rising, hidden in the Father’s love. Our sins, and failures, what we have done or failed to do or regret sadly. Letting it all go, confident that our collapse, our falling, our descent into the dark earth of reality though inevitable will not be for our destruction but our one hope for life in him. Doing the fall of self-forgetful love, like a foolish kid, dancing on a rooftop, drunk with the wine of God - Jesus, Wine of love. Jesus, Wine of hope. Jesus, Wine of my dying and rising. Jesus, Wine of self-forgetfulness. Jesus, Wine of pain that breaks open into new life.

Gnadenstuhl, in the Blutenburg chapel in Munich from 1491, by Johannes Polonus. Meditation by one of the monks.