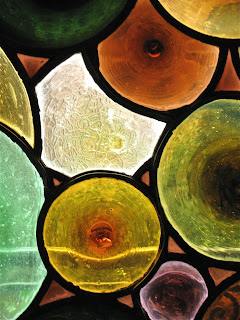 Jesus “took with him Peter and John and James, and went up on the mountain to pray.” Luke tells us that the face of Jesus changed in appearance and his clothing became dazzling white and that Moses and Elijah appeared in glory and spoke of the exodus or departure Jesus was going to accomplish in Jerusalem.  Christ's Exodus, his departure from Jerusalem is not going to be on a luxury jet but by way of a wooden cross and a cold stone tomb.  He will be raised up in glory by the Father but only after suffering his saving Passion and Death for our salvation, his Exodus. Here as so often elsewhere in those places in the Gospels where we are allowed to read what Jesus is praying about, the subject is the chalice of suffering and death that he must drink for our salvation in union with the Father's will.
Thus, Luke's account of the prayer which occurs during the Transfiguration connects it to the description of the agony in the garden and the farewell discourses and prayer of Jesus at the end of the Last Supper in St. John's gospel.  So we see how for Jesus it is by prayer that he leads us to follow him and to take up our cross each day.  George Martin points out that for early Christians “to take up a cross” meant one was on the way to crucifixion and so to the final hours of one's life.  He writes, “To take up a cross daily can mean to live each day as if it is one's last, focusing on the most important thing to do in one's life in one's remaining hours: unite oneself with Jesus as his follower.” Luke shows us that just as Jesus sought to unite himself with his Father's will for him through prayer, so must we in prayer unite ourselves with Jesus who shares the mystery of the redeeming cross with each one of his followers as well as the mystery of his transfigured and resurrected glory.
This plays out in this Eucharist, the prayer that is the source and summit of the Christian life, the prayer in which we offer the divine victim to God and ourselves along with it. In it, through the mystery of remembrance, of anamnesis, the saving cross and passion of Jesus Christ is made present to us even as the souls of all of us are filled with transfiguring, transforming grace through our celebration and reception of the sacrament which is not only our spiritual food for the day, but is also a pledge of future glory given to us--like the glory of the chosen Son and the Voice of the Father witnessed by Peter, John and James on Mount Tabor.

Photograph by Brother Daniel of colored glass at the Abbey. Excerpts from Father Luke's homily for the Second Sunday of Lent.