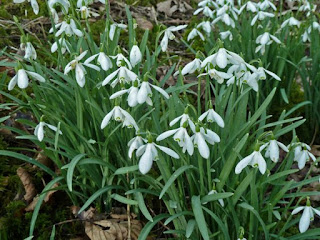 This is the secret of Jesus’ unyielding silence before Pilate: he cannot pause his work of Redemption, he cannot cease momentarily being Redeemer, in order to defend himself of these myriad charges. That would be tantamount to his allowing himself to flow along with the self-interested logic of the world.  Either in eternity or in time God has no leisure to be interested in himself, to take time out for himself, to defend himself. God has no “privacy”! God cannot take a break from being God, which by definition means being-for-others. God is too busy being love and performing the works of love to retreat into the safe sanctuary of his omnipotence, to use his sovereignty as a shelter from sorrow and suffering. To be falsely accused and to suffer the dire consequences of such accusations is, for Jesus, part and parcel of the Father’s plan for the salvation of the world through his Son. The world’s capacity for hatred first has to be spent, with Jesus as target-victim. For the Son to offer himself obediently to play such a role is the unsurpassable expression of the outlandish Heart of God—equally all-powerful, all-wise and all-loving, and therefore open to every form of humiliation and violence, for the sake of his aggressors. To Pilate’s immense credit, such an unheard-of and bizarre spectacle of total non-violence and silent non-engagement on the part of Jesus the prisoner had the effect of putting the Roman governor in a state of “great wonderment.” Meditation by Father Simeon

We continue to wonder at the quiet of Jesus even after his glorious Resurrection. He returns almost forlornly, without fanfare, sneaking through locked doors, he says simply, Peace." Humbly inviting his dear friends to touch him, to experience the fleshly marks of his horrendous passion, wounds in hands and feet and gashed side - he is sublimely human, utterly, divinely Other. He sits at table with them, asks for a little something to eat, and munches on some baked fish.