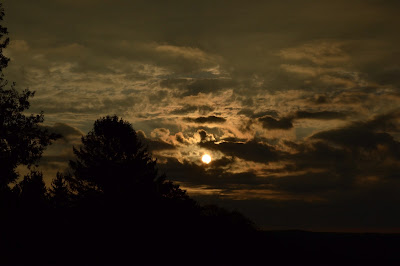 Then Jesus said to them, “You will all stumble and fall because of me this night; for it is written, ‘I will strike the shepherd, and the sheep of the flock will be scattered.’” Mt 26:31

By “this night” Jesus refers to much more than the few hours of chronological darkness he and his disciples are about to live through.  In John’s Gospel, just after Judas leaves the seder room to go and hand Jesus over to his enemies, the text comments with stark symbolism: “And it was night” Jn 13:30b.  The present night will fully expose the depth of Jesus’ human weakness and vulnerability, and at the same time the depth of his freedom and persevering love.  Jesus uses his divine freedom to embrace human weakness, to abide in it as in his own home, so as transform it from within.  It is the paradox of immortal love shining through dark weakness that causes the disciples to stumble and fall.  An all-powerful God, they are convinced along with most of the human race, should not allow things to reach such a critical point of danger, violence, and death.  But Jesus, for his part, is in love with the night that allows him to bare his heart to his beloved, a rapturous mystery echoed by St John of the Cross:

Oh night that was my guide!
Oh darkness dearer
than the morning’s pride,
Oh night that joined the lover
To the beloved bride

Transfiguring them each into the other. Matthew has already established a tense juxtaposition between “the Kingdom of my Father” and “the Mount of Olives” (26:29-30).  Jesus leads his followers from the room of the Last Supper to the Mount of Olives as a first step on the definitive journey to the eternal Kingdom; after all, it is in the Mount of Olives that Jesus will fully embrace the will of his Father against all natural repulsion, in the certainty that following the Father’s will can only lead to the Kingdom.  But the disciples interpret this exodus to the Mount of Olives differently, seeing in it only a deeper descent into defeat and annihilation.
As always Jesus fortifies his friends by bringing out into the open truths they would rather conceal even from themselves.  And so, he now proclaims to them the hard prophetic truth: “You will all stumble and fall because of me this night.” Whereas the disciples are cringing with fear, feeling a massive threat lurking in the night air, Jesus himself, the target of this threat, worries not about himself but rather about the state of their hearts and the crisis of their wills.  Even in the depths of personal distress Jesus’ thoughts are always concerned with the welfare of others.  It is as if Jesus considers the conversion of his disciples’ souls a more daunting event than his own falling into the hands of violent men, from whom he expects nothing better.  The only night that frightens the Master is the night in his followers’ hearts.  It is an odd thing indeed that, when Christians bewail Jesus’ fate in his Passion, they habitually think first of all of the physical sufferings inflicted on their dear Lord by the pagans, all the while forgetting the long, mournful glance that Jesus steadily casts all through the Passion on his disciples’ hearts.
Photograph by Brother Brian. Meditation by Father Simeon.