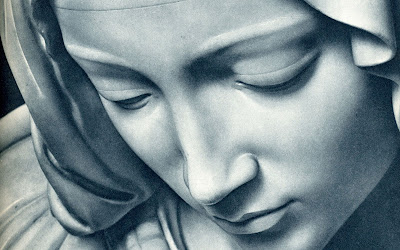 Shortly after I was elected abbot, I had an opportunity to speak at leisure with Br. Bernard. I asked him if he had any thoughts about priorities that a new abbot should be aware of. After some discussion, the topic turned in a direction you might expect – his experience as a lay brother at Spencer. I could sense we had entered into deep territory; he was speaking from his depths. So, stimulated in part by today’s gospel, I thought I’d share with you what I heard, how Br. Bernard followed his lay brother vocation as the way, the truth, and the life which Jesus had willed for him and given to him as a gift.

But first a slight diversion – today we heard a section of St. John’s gospel. You may be familiar with the description of John’s thought as a spiral, returning again and again to certain themes but always at a higher level. Well, I have to admit there were times when I’d finish speaking with Br. Bernard and feel that the spiral had been significantly compressed; in fact it was more like I had just been circling on the same level for the last hour. But maybe it was just that Br. Bernard’s spiral went up in very small and concentrated increments. I can remember, for example, how he would tell me about reading Pope Francis’ encyclical on faith – he took a whole year!; or how he would work his way slowly through six months’ worth of L’Osservatore Romano; or how he seemed to deepen in admiration every time he would walk up the lavabo stairs and look out on the beauty of the cemetery and surrounding buildings. There was a contemplative dimension of his life as a lay brother – an uncomplicated relationship with the God of simplicity, as our Constitutions put it.

In today’s gospel Our Lord says, “Do not let your hearts be troubled. You have faith in God; have faith in me also.” Many times Fr. Damian would quote Br. Bernard’s words to me, “Father, we are in God’s hands.” As true as that is, I assume Br. Bernard had his own moments when his heart was troubled, perhaps especially during the time that the lay brother vocation as he knew it was being dismantled from above. Yet he persevered to the end, faithful to his vocation as he perceived it. When we had the conversation mentioned above, it was not that he had an axe to grind about the history of the lay brothers. If I understood him correctly, it was more of a hope, or a concern, or even a sense of satisfaction that the value and importance of the lay brothers’ vocation would eventually be understood, that in fact the complementarity of the two vocations, monk and lay brother, would be made clear. “In my Father’s house there are many rooms,” not separate dwellings with no interaction, but distinct rooms of mercy where the full beauty and complementarity of God’s house would become manifest in the Body of Christ.

This morning at vigils we heard from St. Bernard’s ode to his brother Blessed Gerard. At one point he says of Gerard, “Your involvement in the business of the house gave me the leisure and privacy for more prayerful absorption in divine contemplation, for more thorough preparation of doctrine for my sons…I must repeat that through you, my dear brother, I enjoyed a peaceful mind and a welcome peace; my preaching was more effective, my prayer more fruitful, my study more regular, my love more fervent. Alas! You have been taken away and (with you) these good offices too…” But it was not as though, as St. Bernard points out, that Gerard’s involvement in the business of the house lessened his charity. It overflowed for the good of the whole community, for the poor, for strangers, and for those who came to the monastery. This, I think, is what Br. Bernard was trying to communicate as something of importance for the new abbot and for all of us to understand.

Finally, Jesus says, “I am the way, the truth, and the life. No one comes to the Father except through me.” The way for Br. Bernard was his vocation as a lay brother. He persevered in this way to the end, raking up leaves and mopping the cloister floor to the end; holding fast to the truth revealed to him by the Lord and the life which was his service to the community. Let us, too, hold fast to our vocation in troubles and in joy, and enter anew the rooms of mercy that the Lord has prepared for us, lay brothers and monks, under the mantle of her who is our life, our sweetness and our hope, Our Lady of Spencer.