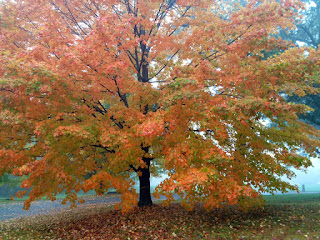 The first two readings this morning from Isaiah and from First Thessalonians spoke to me, and I hope to all of you, of the love that God has for us.  The Gospel, to my mind, speaks not about taxes, but about our reciprocal love for the God of love.  The very remarkable passage we heard from Isaiah tells of Cyrus II the King of the Medes and Persians who is chosen by God to rescue God's chosen people, the Israelites, from their oppression and captivity in Babylon in the 6th century before Christ. The passage, although describing an event of grand geopolitical consequence, namely, the conquest of the Babylonian Empire by Cyrus II, yes, this passage describing Cyrus is filled with the vocabulary later used to describe Jesus Christ and all who acknowledge him as Lord.  Cyrus is called in Hebrew “Mashiah (Messiah),” in the Greek bible “Christos  (Christ),” and in our English bibles “My Anointed One,” whom God “calls by name” to his service of the chosen people, Israel. Gods says of him, “I grasp his right hand.”  Even though the passage also says of him “though you do not know me,” there seems to be in Cyrus a kind of knowing God implicity without knowing Him explicity in that Cyrus is spoken of by historians as a benevolent monarch.  The Jewish scholar David Weisberg writes that “Cyrus's policy toward the peoples of his empire was one of tolerance and understanding.”  My point is that God's choice of Cyrus would seem to have affected this great monarch interiorly, to have left God's imprint or image upon him whether Cyrus was aware of it or not. The most notable evidence of this being the encouragement and help he gave to the captive Jews to return to Judah and rebuild the Temple of Jerusalem. God works in a mysterious way his wonders to perform.

In the 2nd reading St. Paul reminds us that we who are brothers and sisters loved by God have been chosen.  Just as Cyrus, God's Messiah, His Christ, God's Anointed One was chosen, “called by name” by the  Shepherd of Israel to serve the chosen people, so does our Good Shepherd Jesus call each of us “by name” to become other Christs for the work of faith, the labor of love and the endurance in hope in our life in the Church of God the Father and the Lord Jesus Christ through the word and in the power of the Holy Spirit.  In Ephesians it says, “... the Father chose us in Christ before the foundation of the world to be holy and blameless before him in love.”

In saying all this I am touching on what Jesus means in the Gospel when he catches the Pharisees in their hypocrisy and makes a profound statement about us and to us. The Pharisees think they have Jesus in a trap: if he says pay the tribute tax he will have the nationalist Zealots after him; if he says don't pay the tribute, which had to be paid in Roman denarii, then the Roman authorities will arrest him for tax revolt.  When Jesus casually asks the Pharisees to show him the coin, he catches them in their hypocrisy.  Here they are, these zealots for the purity of the Jewish faith, in the sacrosanct precincts of the Holy Temple with these abominable pagan images in their purses. They themselves, who publicly resist the tribute, must indeed have been on their way to pay it and didn't mind sullying the purity of the Temple as they did so. On the coins is the image of the Roman Emperor and the words: “Tiberius Caesar, august son of the divine Augustus, high priest.”  To a righteous Jew this is pure blasphemy, and yet here are the Pharisees in the Temple itself with these blasphemous objects.  In doing so they are implicitly acknowledging that they themselves are indeed Caesar's subjects.

The question of Jesus about whose image this is and his instruction to give the coin to that person then culminates in one of the greatest sayings of Jesus about who we really are and about the image of God that we are all stamped with from the foundation of the world: “Then repay to God what belongs to God.”  If a measly denarius stamped with Caesar's image belongs to him, so do we belong to God stamped as we are with God's image and likeness.  When he canonized Pope Paul VI in 2014, Pope Francis remarked that “'Rendering to God the things that belong to God'” means being docile to his will, devoting our lives to him and working for his kingdom of mercy, love, and peace.”   The image of God that we are must express itself in love of God and neighbor.  Fr. Joseph taught us in novitiate that “love diffuses itself.”

This morning’s homily by Father Luke.