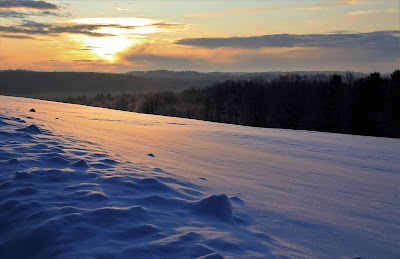 Lepers were among the most piteous of people in the ancient world. Although little was known about the origin of the illness, it was considered to be contagious and greatly feared. Since there was no known cure, the only solution was to isolate the person and not allow them to have contact with other people. Those with the disease were often ostracized and treated with contempt. What was probably more tragic is that many who were branded as lepers could have been suffering from some other disease altogether, like cancer, eczema, or some other skin disease.

In today’s first reading from the book of Leviticus we hear kind of primitive diagnosis. “If someone has on his skin a scab or pustule or blotch which appears to be the sore of leprosy, he shall be brought to Aaron the priest who will declare him unclean.”

Whether the person really had leprosy or not, the judgment was severe: “A man infected with leprosy must wear his garments torn, his head bare and his mouth covered and cry out unclean, unclean. . . He shall dwell apart, making his abode outside the camp.” It was a sentence of indefinite exile from society. Given the misery that came from a judgment of uncleanness and the imposed isolation, it not surprising that leprosy became a metaphor for sin. Like the disease which quarantined its victims, sin alienated the sinner from society.

The scene in today’s gospel from Mark opens with a leper approaching Jesus, falling to his knees, and begs Jesus to heal him. The man’s faith shows in his heart-rending appeal, “If you want to, you can cure me.” Moved with compassion, Jesus stretched out his hand, touched him, and said to him, “I do will it, be made clean.” What Jesus does here is significant. Not only does he let a leper come close to him, but he also touches him. By doing so he rendered himself ritually unclean. With little regard for the rules of ritual impurity and with great concern for the suffering of the leper, he breached the quarantine society had imposed and healed him.

One commentary on this scripture passage explained that, “in all societies, there are special people authorized to ‘cross the line’ and deal with the unclean of that society: police engage criminals, doctors treat the diseased, ministers deal with sinners, etc. These special people might be called ‘limit breakers.’ Jesus was just such an agent. He did not cross those lines because he belonged to the world of the unclean. Rather, he had the power to heal, and to make whole and holy, all who were unclean, both by virtue of disease and by virtue of sin.” (The Social World of Luke-Acts, Jerome H. Neyrey, 1991)

In the late 1970’s I lived in Jamaica with the Friars of the Atonement at their mission on the outskirts of Kingston. One of the places that we visited weekly was a home for lepers. Leprosy is known today as Hansen’s disease (named after the scientist who discovered it). It can be treated with medication and is only contagious after prolonged physical contact. I had seen pictures of people with leprosy, especially those of Fr. Damien and his lepers on Molokai, but it was the first time that I encountered anyone suffering from the disease. It was appalling. I found it hard at first to look at the physical disintegration of their faces and limbs. (I will spare you the details). After visiting them on a weekly basis I soon got used to their physical deformities and was surprised by their joyful, welcoming attitude and the depth of their faith. There was one elderly woman there with hands and feet that were eaten away by the disease who used to say to me, “Isn’t God good?” Good? If I were in her place would I be able to say that? I would probably be saying; God, why did you do this to me? What have I done to deserve this? For most of us, suffering is an unwelcome guest.

We live in a society that idolizes beauty and youth. Aging, physical illness, and suffering of any kind is something we dread. Go into any pharmacy today and you will see isles of cosmetics for women and men. God forbid someone should see me as I really am! What is the leprosy that we want to hide?

After the leper is cleansed by Jesus, it is not the end of the story. He has to ‘re-enter’ society, to be reintegrated into the community. He had to get an official endorsement of his being healed. He is told to go to the priests who will examine him and pronounce him fit to return to a normal life.

Before he goes, Jesus gives him a stern warning not to say anything about it. Why? The healing was for the man’s sake. It was not done to enhance Jesus’ public image as a healer and to collect followers. The healings that Jesus works in the gospels cannot be understood apart from his teaching, otherwise, they are just sensational displays of power.

As the man goes on his way, he does exactly what Jesus asked him not to do, talking about it freely and telling the story to everyone. But really, if you were a leper, forced to live as an outcast from society, perhaps for many years, and we suddenly healed, wouldn’t you want to tell everyone?

Because he “publicized the whole matter – it was impossible for Jesus to enter a town openly.” so Jesus remained outside in deserted places. It’s ironic, Jesus switched places with the leper, now he was on the outside. However, it did not keep people from coming to him from everywhere.

What is the message of this gospel for us? No one here has ever had suffered from the disease of leprosy and probably never will, but we all suffer the leprosy of sin. It is not visible on the outside, but it eats away at our insides - the ugly and distorted parts of us that I do not like to look at or let anyone see. I’m afraid there are no cosmetics for that.

With the leper of today’s story, each of us can cry out, Jesus, “if you want to you can cure me!” I want to be made whole again. Then we can say, what that Jamaican woman said to me with such confidence and love, “Isn’t God good.”

Photograph and homily for the Sixth Sunday of the Year by Father Emmanuel.