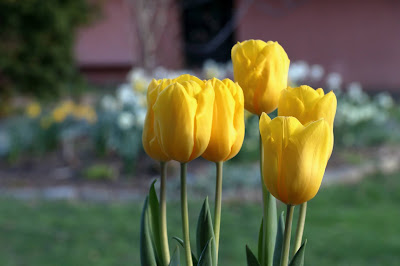 One of the spectacular ornaments of the Jerusalem Temple was a golden vine with clusters of grapes as tall as a man. The vine, the vineyard, was a favorite symbol in the Jewish Scriptures representing Israel. It was a symbol that would have an immediate and obvious meaning to those who first heard today’s Gospel, and it would color how they heard Jesus’ claim to be the true vine—they could easily take it as implying that Israel is a false vine, as Jeremiah once prophesized: “I planted you as a fruitful vine, entirely genuine (true). How have you become a wild vine, turned to bitterness?”

But whatever indirect polemicizing against the Synagogue the evangelist may intend, the reality Jesus is describing by using the imagery of vine and branches, and mentioning his Father to justify his claim, is that he is the source of real life to his disciples, a life that can come only from above and from the Father. When John uses the word “true” or “real” here, it is not in contrast to “false” or “unreal,” but is typical of the dualism running throughout the Fourth Gospel which distinguishes “what is below” from “what is above,” the contrast between the earthly and the heavenly. The point, then, is that Jesus is the vine in the sense in which only the Son of God can be the vine, not that Israel produced sour grapes.

The Son identifies himself with the vine; he himself has become the vine. He has let himself be planted in the earth. He has entered into the vine. The vine is no longer merely a creature (i.e. Israel) that God looks upon with love but could still uproot and reject, or allow to be plundered. No, in the Son, God himself has become the vine; he has forever identified himself, his very being, with the vine. The vine belongs once and for all to God, who himself lives in it. What this means for us, as Benedict XVI tells us in his book Jesus of Nazareth is that “the promise has become irrevocable, the unity indestructible—God has taken this great new step within history, and this constitutes the deepest content of the parable.”

What is also original here, and not found in the OT at all, is that the vine is presented as life-giving. Just as Jesus is the source of living water and is the bread from heaven that gives life, so he is the life-giving vine. Just as the branch gets its life from the vine, so the disciple gets life from Jesus.

It is interesting that until now in John’s Gospel, the metaphors that concern receiving Jesus’ gift of life have involved external actions: one has had to drink the water or eat the bread to have life. The imagery of the vine, in contrast, is more intimate, more immanent: one must remain in Jesus as a branch remains on a vine in order to have life, and this remaining on the vine is above all symbolic of love, fruitful love. Branches that decide to “go it alone,” to live without the life of the vine, will wither and die—good for nothing but fire. Here Jesus tells the disciples: “Whoever remains in me and I in him will bear much fruit because without me you can do nothing.”

But that confronts us with a fundamental yet crucial question: what does it mean to “abide in Christ”? How do we practice this? How do we “remain” in him? St. John tells us, “by keeping his commandments.” But perhaps it is as simple (and difficult) as this: we abide by letting go, yielding, giving our “yes” to God. We stop trying to be stand-alone, self-sufficient vines, and become content to be branches. We know from experience that this is, after all, the essence of contemplative prayer—a practice of handing ourselves over to a reality that is given, that we don’t invent or construct or have to make-believe.

This “letting go” is a matter of faith, and it’s frightening at first. Why? To believe in Christ is different from and more than believing about Christ, even that Jesus is the Son of God. To believe in him is to entrust ourselves to him, to build our life on him, not by holding onto him or ideas about him, but by letting ourselves be held by him. The difficulty for us is that until we have given ourselves, “let go,” given our “yes” to God, we don’t know for sure that we will be held. In other words, faith that is “an abiding in Christ” isn’t a matter of having certain propositions in my head, but discovering myself welcome and at home in a compassionate reality vastly bigger than me. This is not something we achieve but is a gift received. Nonetheless, we discover that the more we yield to, or make ourselves available to this reality, the more our whole life shares in its life and energy. And that’s what proves its truth. Faith is daring to entrust ourselves to a reality that is, in James Alison’s words, “massively prior to us.”

So, how do we ever do this? I would suggest that we dare this only when we desire it deeply enough—when our yearning to be fully real, our yearning for God, has ripened (through much “pruning”). We dare to really let go only when we have come to the end of all the ways we try to hang on to some piece of ourselves, some safety net, some part of our life not yielded to Christ. Although we’re not sure exactly what we are getting into, we let go when we know in our bones there’s nothing else for us to do, and we desire him. That day we say a real “yes.” The spiritual life is, at core, the practice of continuing to say “yes” at deeper and deeper levels of our being. But we can do this only because Christ first truly abides in us more than we can imagine, through the Holy Spirit he has given us. That brings me to a brief final thought.

The startling new twist in this Gospel is not only that the Son himself now has become the vine, but this is precisely his method for remaining one with his own, with all the scattered children of God whom he has come to gather. The Good News this morning is that the vine signifies concretely Jesus’ inseparable oneness with us, who through him and with him are all “vine,” and whose calling is to “remain” in the vine—to remain one with him and in him through his gift of the Spirit. The fruit we as branches of the vine can and must bear with Christ is love—a love that accepts with him the mystery of the Cross and becomes a participation in his self-giving.

Today we are the “vine” adorning the Temple of His Body, with clusters of grapes taller than any one of us.

Photograph by Brother Brian. This morning's homily by Father Dominic.