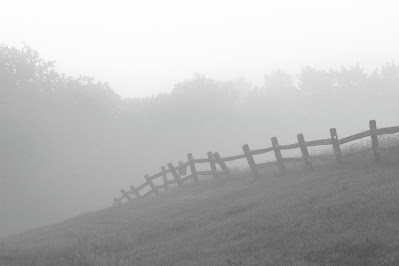 The two readings today present us with two strongly contrasting aspects of Christian experience. In his First Letter, St John writes: “We have come to know, and to believe in, the love God has for us.” The wording is significant because it implies that such a profound realization and conviction took much time to sink in and transform the lives of the disciples. It was not grasped automatically from the beginning of discipleship. In the Gospel, St Mark witnesses to this same laborious process of growing from worldly unbelief into fullness of faith when he writes that the disciples were “completely astounded” at the event of Jesus walking on the sea, because “they had not understood the incident of the loaves. On the contrary, their hearts were hardened”.

We can surely sympathize with the disciples for this unbelief, and for their fear and the sluggishness of their hearts because, after all, the full reality of Jesus’ presence and the meaning of his words and actions is so extraordinary and profound, so beyond the normal ken of human experience, that they confound the unaided human reason and imagination. In fact, we can marvel that they stuck to Jesus at all and continued following him despite the enigma that his person confronted them with at every step. A mysterious force of attraction must have been operating in their hearts that they barely perceived but that, nevertheless, was stronger than the demands of worldly reason and the conventions of human behavior and commonly accepted “meaning”. They were sensitive to the drawing power of Jesus’ mere presence and of the puzzle to their consciences and emotions that his every word presented. How were they to know that in Jesus the very Wisdom and Majesty and Lordliness of God were walking the earth? Was it not worthwhile, however, to risk even shipwreck and drowning in a violent storm in order finally to hear from his own lips—should they come through it unscathed—the comforting words that no other man had ever uttered to them: “Take courage, it is I, do not be afraid”?

The Gospel, then, portrays with raw dramatic verve what it felt like to be a disciple of Jesus at a critical and painful stage of his followers’ training by the incarnate Word when they had to wrestle daily with intractable divine mysteries that at times put their very existence at risk. St John, strongly contrasting this drama, portrays rather the serene faith and understanding of the mature disciple, won at a great personal price. When he writes: “We have seen and testify that the Father sent his Son as savior of the world”, it is because the frightened disciples, overwhelmed by a storm, had first indeed seen Jesus walking on the sea and stilling the storm by getting into the boat with them. And where Jesus is, there is the fullness of love which “drives out fear”. Meditation by Father Simeon.