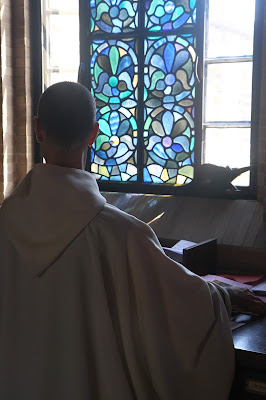 A serious commitment to Christ leads to values that are countercultural. As Pope Benedict said, “To believe in God means allowing his commandments to guide the concrete choices one makes every day, even when the values reflected in the choices are countercultural.” “A Christian,” he said, “must not be afraid to go against the current in order to live his or her faith, resisting the temptation of conformity” to secular culture. Pope Francis echoed this sentiment in a homily he gave at the closing Mass of World Youth Day in Brazil.  He said, “In a culture of relativism and the transitory, many preach the importance of enjoying the moment. I ask you instead to be revolutionaries. I ask you to swim against the tide, yes, I am asking you to rebel against this culture that sees everything as temporary and ultimately believes that you are incapable of true love.”

From Jesus we receive the challenge to be a “sign of contradiction.” The monastic life has always been countercultural. Separation from the world, silence, a common life and sanctifying the hours of the day with prayer are not the values of secular culture, in fact they are the opposite. God has called each one of us here to illumine the darkness. You only need one small flame to ignite a large fire, but it has to be protected from the wind or it will be extinguished and smolder.


Photo by Brother Brian. Reflection by Father Emmanuel.
Posted by The Monks at 5:14 AM