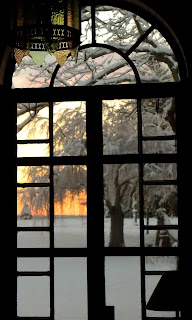 The noted scholar NT Wright tells us that “the kingdom that Jesus preached and lived was all about a glorious, uproarious, absurd generosity. Think of the best thing you can do for the worst person and go ahead and do it. Think of the people whom you are tempted to be nasty to, and lavish generosity on them instead.”  He points out: “Jesus’ instructions have a fresh, spring-like quality. They are all about new life bursting out energetically like flowers growing through concrete and startling everyone with their color and vigor.”

“Jesus’ point was not to provide his followers with a new rule-book, a list of dos and don’ts that you could tick off one by one and sit back satisfied at the end of a successful moral day. The point was to inculcate, and illustrate, an attitude of heart, a lightness of spirit in the face of all that the world can throw at you. And at the center of it is the thing that motivates and gives color to the whole: you are to be like this because that’s what God is like. God is generous to all people, generous to a fault: he provides good things for all to enjoy, the undeserving as well as the deserving. He is astonishingly merciful; how can we, his forgiven children, be any less? Only when people discover that this is the sort of God they are dealing with will they have any chance of making this way of life their own.”

“Do good to those who hate you, bless those who curse you, pray for those who mistreat you . . . Love your enemies and do good to them . . . Be merciful, stop judging, stop condemning, and forgive.” These commandments are all about what God is like. Unfortunately, many of us have “fixated on a gloomy God, a penny-pinching God, a God whose only concern is to make life difficult and salvation nearly impossible.” But the God Jesus reveals is radically different: completely averse to violence and vengeance, to the punishing justice that we exact from one another. NT Wright suggests: “If we truly encountered him, no doubt many of us would only stare!”

People did stare when Jesus lived the big-heartedness and open-handedness he preached. As Wright puts it: “The reason why crowds gathered…was that power was flowing out of Jesus and people were being healed. His whole life was one of exuberant generosity, giving all he had to everyone who needed it. He was speaking from what he knew: the extravagant love of his Father, and the call to live a lavish human life in response. And finally, when they struck him on the cheek and ripped the coat and shirt off his back, he went on loving and forgiving, as Luke will tell us later. He didn’t show love only to his friends, but to his enemies, weeping over the city that had rejected his plea for peace.  He was the true embodiment of the God of whom he spoke.”

Photograph by Brother Brian. Excerpts from a homily by Father Dominic.