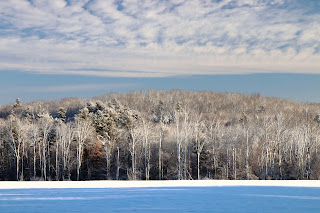 He took him off by himself away from the crowd. He put his finger into the man’s ears and, spitting, touched his tongue; then he looked up to heaven and groaned, and said to him, “Ephphatha!” - that is, “Be opened!” And immediately the man’s ears were opened, his speech impediment was removed, and he spoke plainly. He ordered them not to tell anyone. But the more he ordered them not to, the more they proclaimed it. They were exceedingly astonished, and they said, “He has done all things well. He makes the deaf hear and [the] mute speak.” Mark 7

Whose fault was it? Whose sin was it, his or his parents? The eerie possibility was that, he himself maybe even while still in his mama’s womb, had done something really horrible. Sickness, deafness, blindness were, after all, the direct consequence of sin; everybody knew that; all decent Jews in Jesus’ day believed it. Sin leaves its mark; sin causes sickness. It had to be someone’s fault. Case closed. Dead-end. Today Jesus comes to this dead-end and says, “No! I won’t have it. God won’t have it.”

Friends bring the deaf and speech-impaired man to Jesus. And undoubtedly roused by the  man's predicament as well as the faith of these good people, Jesus’ heart overflows with compassion. Quietly he takes the man off, away from the crowd and groans from the very depths of his heart his desire for the man’s freedom and healing. He shouts out in Aramaic: “Ephpha’tha! Be opened! - Open to me, my Beloved. Let me hear your voice.” And breaking boundaries of good taste, discretion and formality and way beyond the parameters of good hygiene, Jesus boldly sticks his finger into the deaf man’s ears and then touches the man’s tongue with his own spittle.

Jesus’ vibrant touch; his warm saliva are sacraments of God’s healing. God’s own spittle restores fluency to a tongue once thick and speechless; God’s finger pokes its way into ears now deaf no longer. Jesus’ groaning to heaven expresses God’s impatience and frustration with all illness, all the unfreedom and isolation and pain we know and experience.

Now physicians, parents of little ones and even lovers or spouses would perhaps dare to touch so familiarly, so sensually; discarding all boundaries, putting their finger in ears and mouth. And so fittingly enough Jesus, who is for us Mother and Father and Bridegroom and kind Doctor, reaches out to this once deaf and babbling man, marking the radical in-breaking of God’s regenerative intimacy with us. Jesus breaks boundaries, because God’s love is in fact boundless.  Jesus is God’s Word in opposition to all sickness and evil and pain, - down to his very fingertips.